Slasher: Suzuki Swift Katana edition of hatchback to be unveiled in January

Inspired from Katana motorcycle which is making a comeback, the special edition Swift Sport features fender flares and a purposeful front spoiler.
By : HT Auto Desk
| Updated on: 30 Dec 2019, 10:26 AM 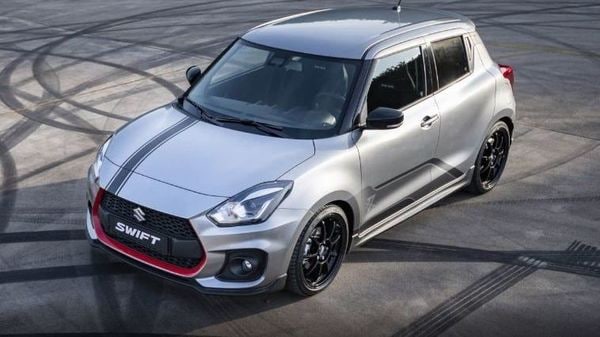 It is widely acclaimed to be the most exclusive version of the hatchback and Suzuki Swift Katana edition has rightly earned all the accolades that have come its way in the past few months. Now, the car which truly epitomizes its Japanese heritage, will reportedly be unveiled at the 2020 Tokyo Auto Salon to be held in January.

According to a report in Motor1, the widebody Swift will be displayed at the event in Japan for all enthusiasts. Inspired from Katana motorcycle which is making a comeback, the special edition Swift Sport features fender flares and a purposeful front spoiler. It sits nearer to the ground and may have a stiffer suspension setup.

On the rear, the car gets a three-outlet exhaust setup and sits on race-track black-tinged alloys while the overall black and red colour scheme adds to the razor-sharp slasher image of the Swift.

The report also quotes Suzuki as saying that the interiors have been given a massive overhaul and now features a number of upgraded drive abilities.

While it is a concept, the Suzuki Swift Katana edition is likely to set hearts racing for die-hard fans of the car. In India, the Swift is one of the most frequently modified cars and offers a whole lot to a very diverse audience base.