As per Skoda, the upcoming Kushaq already complies with the latest emission requirements in India.Kushaq will come based on the MQB-A0-IN version of the Volkswagen Group's Modular Transverse Toolkit.
By : HT Auto Desk
| Written By : Prashant Singh
| Updated on: 18 Feb 2021, 11:59 AM Word premier of the Skoda Kushaq will take place on March 18.

Skoda on Thursday released two design sketches of its upcoming Kushaq SUV which is all set to make its public debut on March 18. The upcoming production-ready model of the Kushaq draws heavily on the Skoda Vision IN concept car which was officially displayed at the Auto Expo 2020.

The company noted in a press release sent recently, Kushaq will come based on the MQB-A0-IN version of the Volkswagen Group's Modular Transverse Toolkit. The Kushaq is going to be the first of four models from Skoda and Volkswagen brands under the India 2.0 campaign. As per Skoda, the name of its upcoming compact SUV Kushaq is derived from the ancient Indian Sanskrit language- ‘Kushak’ which means king or emperor.

As per the latest design sketches, the Skoda Kushaq will come out to be a very sharp, bold and intimidating-looking SUV. It will sport sharply cut, two-part front headlights that flank the wide Skoda grille for a prominent appearance. As per the firm, the underride protection under the front bumper 'emphasises the athletic look of the SUV.' 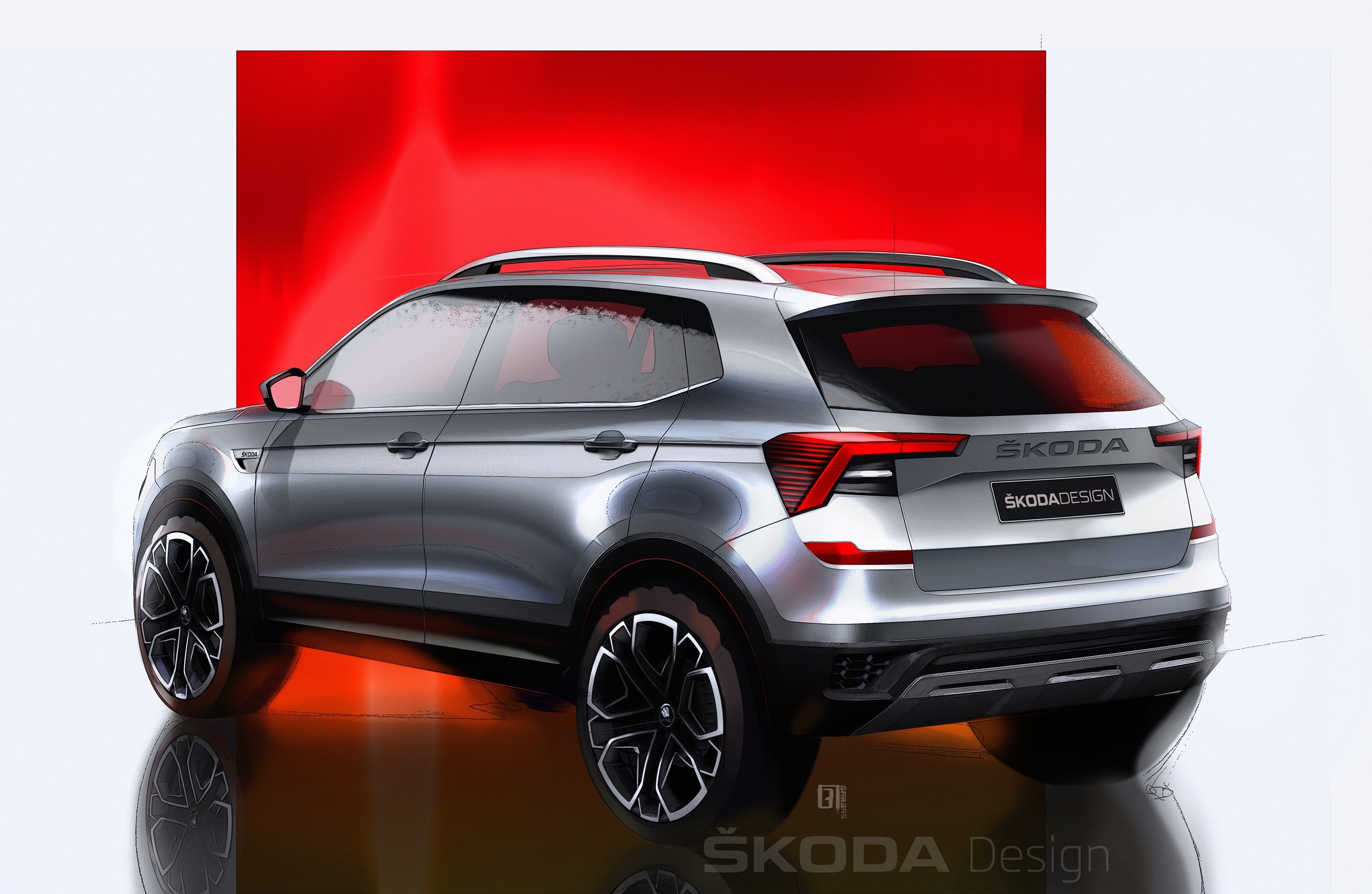 Skoda Kushaq is going to be a direct rival to the likes of Hyundai Creta and Kia Seltos SUVs in India.

The tail section of the SUV features an elongated roof spoiler and a rugged rear diffuser integrated over the rear bumper. The SUV also features brand’s trademark crystalline structure in the tail lights which look sharp and modern. It also features ŠKODA lettering in bold at the tailgate.

"The Kushaq marks the start of a model offensive consisting of four new Skoda and Volkswagen mid-size models," Thomas Schafer, CEO, Skoda Auto, had previously said. The company says that the upcoming Kushaq already complies with the latest emission requirements in India.

It is going to be a direct rival to the likes of Hyundai Creta and Kia Seltos SUVs in India.