The government said the changes in basic customs duty is for creating level-playing fields for the benefit of micro, small and medium enterprises (MSMEs) and other domestic manufacturers.
By : PTI
| Updated on: 02 Feb 2021, 08:19 AM 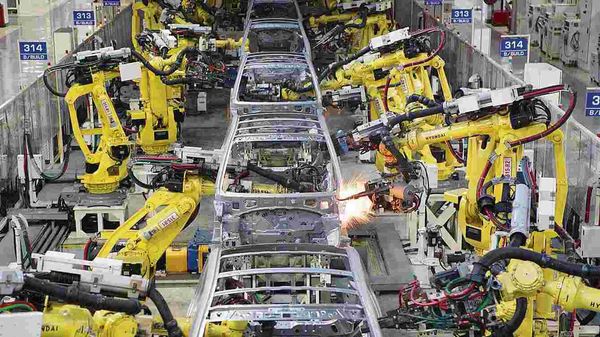 The proposal to increase customs duty on certain imported automotive parts in the Union Budget 2020-21 will lead to increase in car prices, according to Merecedes-Benz India and Skoda Auto Volkswagen, even as component makers said the step will encourage local manufacturing of such items.

The government on Monday proposed an increase in customs duty on certain imported components used in automobiles.

In the Budget 2021-22, Finance Minister Nirmala Sitharaman proposed increase in customs duty of various parts, including ignition wiring sets, safety glass and parts of signalling equipment to 15 per cent with effect from February 2.

The parts would also attract agriculture infrastructure and development cess at the rate of 5 per cent.

Currently, the parts attract customs duty in the range of 7.5-10 per cent.

"The increase in the rise in auto component duties is unexpected in such a revival period, and it will increase the production cost, leading to higher cost for consumers," Mercedes-Benz India Managing Director and CEO Martin Schwenk said in a statement.

Besides, there could have been further push towards e-mobility by lowering import duties on electric vehicles, he added.

Similarly, Skoda Auto Volkswagen India Managing Director Gurpratap Boparai said the increase in customs duty on certain auto parts to 15 per cent will further increase input costs and prices for cars which depend on specialised components which cannot be manufactured locally due to unviable volumes.

It is important to keep in mind that even in the coming financial year, the passenger vehicle market is unlikely to reach the level of 2018 and the much-required rationalisation of GST and cess to aid the auto industry was missing, he added.

Both Schwenk and Boparai however welcomed the announcement of scrappage policy.

The government said the changes in basic customs duty is for creating level-playing fields for the benefit of micro, small and medium enterprises (MSMEs) and other domestic manufacturers.

"We are raising custom duty on certain auto parts to 15 per cent to bring them on par with the general rate of auto parts," Sitharaman said in her Budget speech.

Similarly, Federation of Automobile Dealers Associations (FADA) President Vinkesh Gulati said if 1990 is taken as a base year, there were around 37 lakh commercial vehicles and 52 lakh passenger vehicles eligible for voluntary scrapping.

"We still need to see the fine prints to access the kind of incentives which will be on offer and thus have a positive effect on retail," he added.

"The auto sector welcomes this announcement and is hopeful that for realising full benefits there will be an early and full implementation of this policy," he added.

Mahindra & Mahindra MD and CEO Pawan Goenka said: "Though details are not yet out, when the policy comes out, it should have full incentive for scrapping and not just disincentive for not scrapping."

The Union Budget 2021 has several positive signals for the manufacturing sector and the commercial vehicles (CV) sector, which are core to the economy, Ashok Leyland MD and CEO Vipin Sondhi said.

Presenting the Budget for 2021-22 in Parliament, Sitharaman said that under voluntary vehicle scrapping policy, personal vehicles would undergo fitness tests after 20 years while commercial vehicles would require it after completion of 15 years.

Road Transport, Highways and MSMEs Minister Nitin Gadkari said the policy will lead to new investment of around ₹10,000 crore and create as many as 50,000 jobs.

He further said the policy would cover over 1 crore light, medium and heavy motor vehicles.