Skoda Kushaq SUV, rival to Creta and Seltos, enters production ahead of launch

Skoda Kushaq is looking to make a strong entry in the lucractive mid-size SUV segment in India.Skoda claims Kushaq has been especially adapted to meet requirements of Indian customers.
By : HT Auto Desk
| Updated on: 07 Jun 2021, 02:43 PM 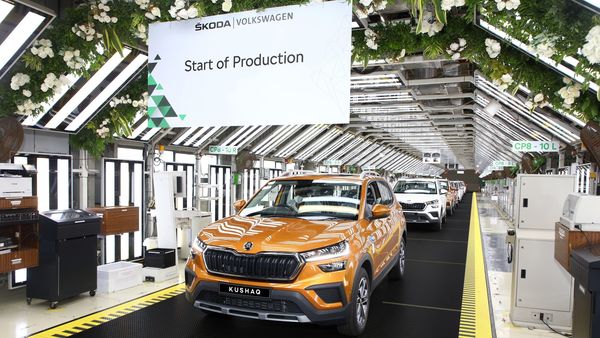 Skoda Kushaq at the company production facility in Pune.

Skoda Kushaq is a big-ticket vehicle launch lined up for the month by the Czech automaker and the mid-size SUV could, potentially, mount a mammoth challenge to the likes of Hyundai Creta and Kia Seltos. On Monday, Skoda announced the start of production of the Kushaq SUV at its Chakan plant in Pune and confirmed deliveries of the vehicle would commence from July.

It is a hectic July for Skoda, a company that will launch the latest Octavia in the country come June 10. But while the Octavia will cater to the premium sedan buyers, all eyes would be on the Kushaq as it looks to make the most of the preference for SUVs in the Indian market.

Based on the company's MQB-A0-IN platform and the first offering as part of its India 2.0 project, Kushaq has been specially adapted for the Indian market. Skoda claims that expertise of several local engineers as well as relying on existing supplier base would further help the vehicle cater to the needs of Indian customers. 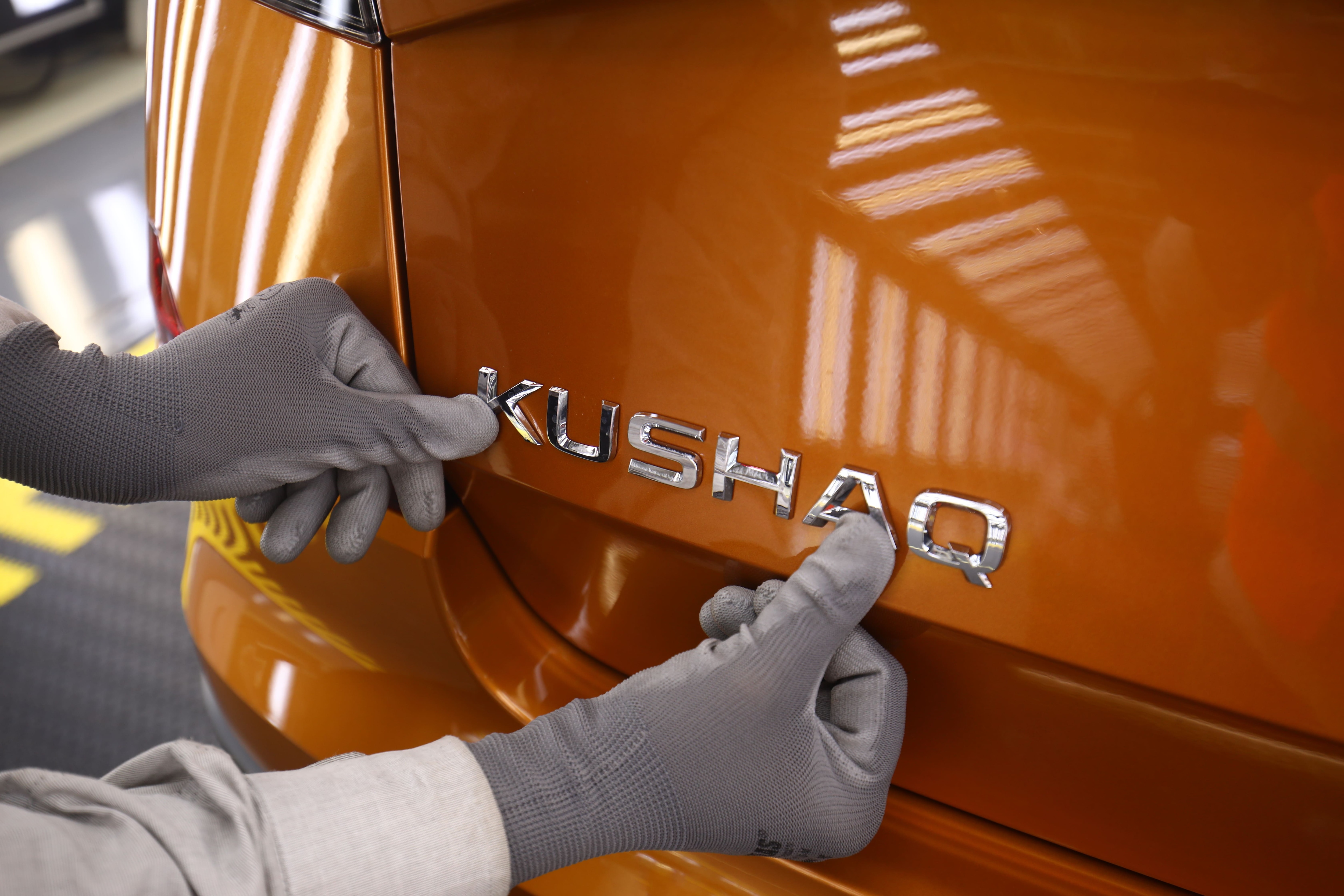 Skoda Kushaq is lined up for an India launch end June.

The name 'Kushaq' itself means 'king' or 'emperor' but it is the fighting ability of the vehicle that would truly establish what role it plays in its segment.

Kushaq will be offered with two petrol engine options - a 1.0-litre as well as a 1.5-litre TSI motor. The 1.0-litre petrol engine will be mated to either a 6-speed manual gearbox or an optional 6-speed automatic transmission, and can produce 113 bhp of maximum power. The 1.5-litre TSI petrol engine, which will be able to churn out 147 bhp of power, will have the option of a 7-speed DSG gearbox.

While the top variant of Kushaq will get 17-inch alloys, the lower variants will stand on 16-inch wheels. Expected to be priced between ₹12 lakh and ₹16 lakh (ex showroom), Kushaq will take on some formidable rivals once officially launched in the country.