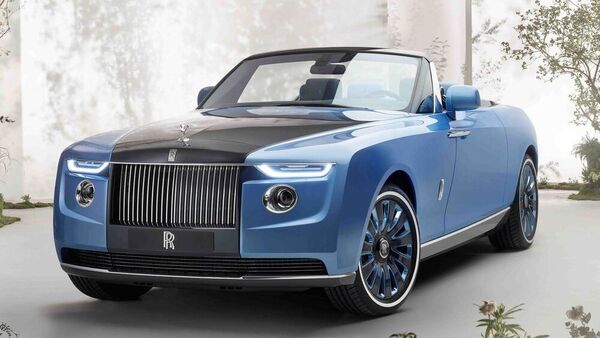 Rolls Royce aims to become an all-electric car brand in the next decade.

Pure electric successors of the Rolls-Royce Ghost, Cullinan and Phantom models will retain similar pricing, said the British luxury car brand's CEO Torsten Muller-Otvos. This would help the car brand to see high demand from the consumers who would like to taste the sheer opulence with a zero-emission powertrain without shelling out a significantly higher amount.

Rolls-Royce is now working on its first-ever pure-electric production car Spectre, which is scheduled to break cover 2024. The Rolls-Royce Spectre is expected to mark the beginning of a new era for the British iconic luxury car marquee. In fact, the carmaker will replace all its three models - Phantom, Ghost and Cullinan with fully electric cars by 2030, as part of the brand's target to become a zero-emission car company.

While the automaker promises that upcoming electric successors of the Ghost, Cullinan and Phantom will come priced similarly, the task will not be easy for the OEM, even with BMW Group's support. Electric batteries are still highly expensive due to the current lithium-ion based technology. The scarcity of lithium is one of the key reasons behind this. However, Rolls-Royce hopes the price of the EV batteries will significantly come down in near future with the demands rising and more improved technologies coming to the fore.

Rolls-Royce CEO said in an interaction with Autocar UK that the company aims is to become segment-driven and substance-driven rather than being cost-driven. Keeping a focus on this, the OEM aims to price its EVs similarly to their ICE predecessors. For example, the Spectre would be similarly priced as the Wraith.