Renault aims to turn $80,000 sports-car line into a mini Ferrari 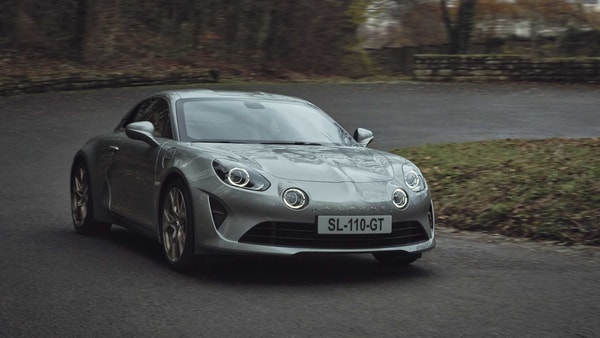 A Renault Alpine A110 sports car in action.

Renault SA’s Italian-born chief executive has an impossible-sounding ambition: to build a sports-car brand barely brought back to life into a Ferrari fighter.

Alpine, the 65-year-old French marque that Renault revived only a few years ago after two decades of dormancy, is a long way from striking fear into the hearts of Luca de Meo’s peers. Renault has sold barely more than a thousand A110 sports cars -- the brand’s only model line -- this year.

But while the veteran auto executive has said he thinks 30% of Renault’s product range belongs in the scrap heap, he sees Alpine as ripe for expansion. One of the first big moves made since he took over as CEO was to re-brand Renault’s Formula One team as Alpine starting with the 2021 season.

De Meo, 53, reckoned to reporters last week that if he combines the cutting-edge engineering work Renault’s motor-racing program does with the “quasi-artisanal" work conducted at the company’s Alpine factory in northern France, “you could get a mini Ferrari."

To get others talking about Alpine in the same breath as the Italian supercar maker, de Meo has lots of work to do building up the brand’s scale and status.

Chairman Jean-Dominique Senard has singled out the Dieppe plant that produces Alpines as representative of Renault’s problems with overcapacity in Europe, telling French lawmakers in June that building seven cars a day at a site capable of making 32 isn’t sustainable.

Renault could sorely use the Alpine brand coming anywhere close to realizing de Meo’s dream. The carmaker lost a record 7.3 billion euros in the first half and has at times looked on the verge of breaking up with its longtime alliance partner, Nissan Motor Co., since the 2018 arrest of their long-time leader Carlos Ghosn.

Renault mainly competes in Europe’s mass market, which has been plagued for years by overcrowded brands competing for low-margin business. Ghosn saw resurrecting Alpine -- which had been abandoned in 1995, one year before the company hired him -- as a way to bring panache to Renault’s product range.

While the A110 has been a darling of car-buff magazines, worldwide sales have underwhelmed since they began in late 2017, peaking at just 4,835 last year.

De Meo has dropped a few hints about where the brand will go next, saying last week it will “add emotion" to Renault’s electric lineup. In a memo to staff last month, he called for Alpine to embark on a “Porsche 911 program" and spawn a small series of viable EVs.

For all the marquee brand names he’s compared Renault’s sports-car line with, de Meo said the company will be humble about its plans. “It wouldn’t be reasonable to think we can do 1 million cars with Alpine," he said.