Renault Lodgy was launched in India in 2015 but was phased out late 2019.Lodgy has only had limited success in European markets where it is sold under the Dacia brand.Dacia now plans to replace it with a large SUV.
By : HT Auto Desk
| Updated on: 30 Nov 2020, 06:28 PM 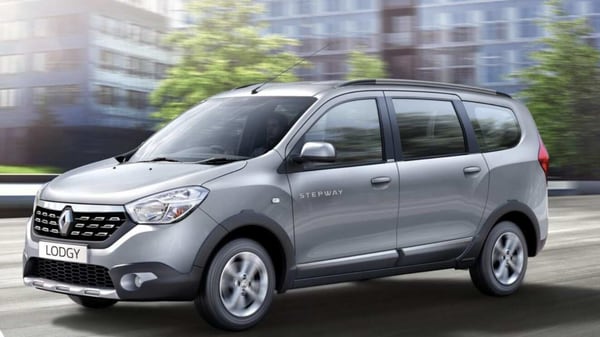 Renault drove in Lodgy back in 2015 with the hopes of the car carving out a name and repute for itself in the MPV segment in the country. Such hopes were soon dashed as the vehicle failed to make any impression at all and was eventually phased out late 2019. And it seems that the mixed feelings towards Lodgy is not just specific to India but several European markets too where it is sold under the Dacia brand which is now looking at replacing it with a seven-seat hybrid SUV.

It only makes sense for Dacia, a company previously owned by the Romanian government before being sold to Renault in 1999, to look what lies beyond the MPV form factor of Lodgy. Reports suggest that while Dacia will continue to bank on its reputation of offering cleanly-designed vehicles with decent levels of reliability, it now also seeks to join the hybrid bandwagon as well as look at capitalizing on the SUV buzz.

A report in French auto website L'argus states that the new product that will replace Lodgy will be based on crossover SUV Sandero which has had some amount of success in European markets. It is also reported that the new car will get a 1.6-liter hybrid engine with around 138 bhp of power.

Will the new vehicle create a wave in markets where it is launched? Unlikely. Will it possibly emerge as a viable option? Likely. Dacia's planned debut in hybrid technology comes at a time when countries like France and Germany are rolling out incentives for electric and/or hybrid vehicles. The growing trend to buy new-age vehicles, backed by government subsidies, has already helped Renailt's cause with its Zoe faring exceedingly well. And while Zoe falls in the small-car category, a comparitively bigger offering - even if not full electric - could make the competition more intense than what it alrea