The distinguishing feature of the Targa remains its innovative, fully automatic roof system that can be opened and closed in just 19 seconds.
By : HT Auto Desk
| Updated on: 18 May 2020, 10:54 AM 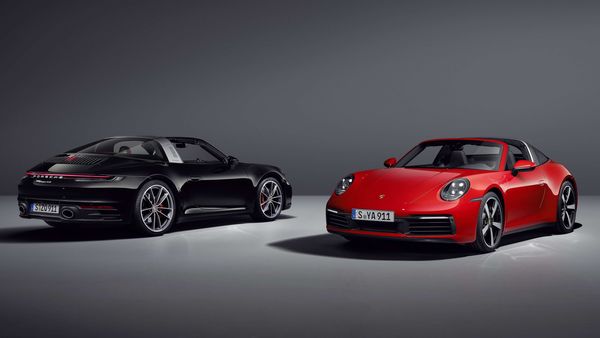 Porsche took to digital platform to officially unveil two new cars in its 911 series - the 2021 Porsche 911 Targa and Targa 4S.

Porsche took to digital platform to officially unveil two new cars in its 911 series - the 2021 Porsche 911 Targa and Targa 4S on Monday. Both the cars were supposed to be launched at the 2020 Beijing Motor Show which was cancelled due to the coronavirus pandemic.

The distinguishing feature of the Targa remains its innovative, fully automatic roof system and, just like the legendary original Targa model from 1965, it features a characteristic wide roll hoop, a movable roof section above the front seats and a wraparound rear window. The roof can be comfortably opened and closed in just 19 seconds.

The exterior of the 911 Targa is characterised by the design elements of its 992 model generation. Compared to its predecessors, its body features significantly more pronounced wheel housings at the front and, between its LED headlights, its bonnet has a distinctive recess evoking the design of the first 911 generations. Its rear is dominated by its wider, variably extending rear spoiler and seamlessly integrated, elegant light bar. With the exception of the front and rear sections, the entire outer skin is made from aluminium. 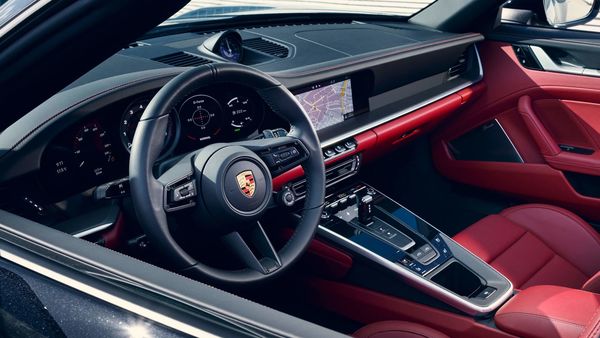 The interior echoes the 911 Carrera models and is characterised by the clear and straight lines of its dashboard and its recessed instruments.

The interior echoes the 911 Carrera models and is characterised by the clear and straight lines of its dashboard and its recessed instruments. The 911 models from the 1970s provided the inspiration here. Alongside the central rev counter – very much a defining feature for Porsche – two thin, frameless freeform displays extend the information provided to the driver. A compact switch unit with five buttons for direct access to important vehicle functions is located below the 10.9-inch centre screen of the Porsche Communication Management (PCM). The standard PCM features include online navigation based on swarm data as well as Connect Plus with Apple Car Play. 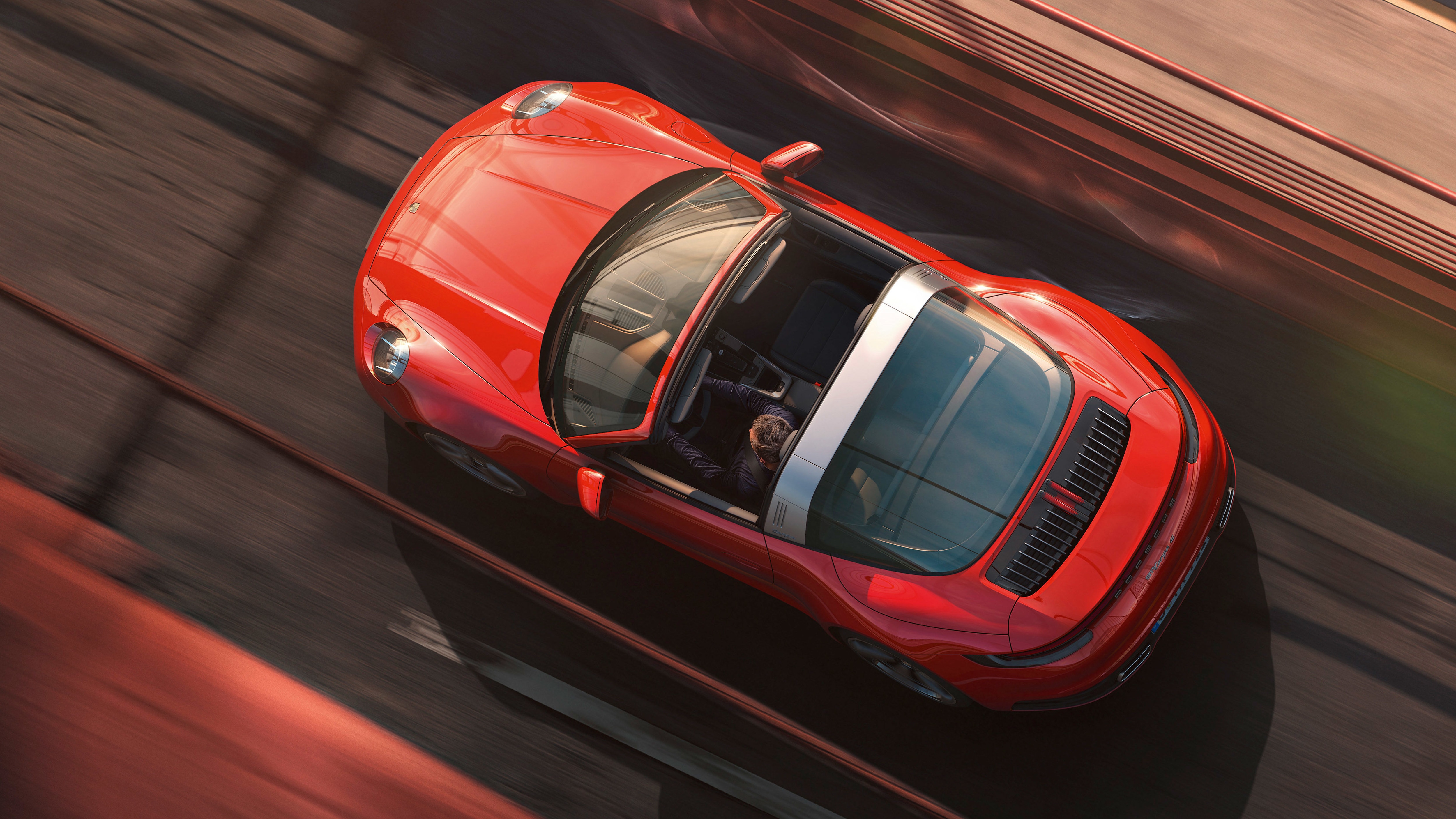 Both sports cars are fitted with eight-speed dual-clutch transmission (PDK) and intelligent all-wheel drive Porsche Traction Management (PTM) as standard. Alternatively, the 911 Targa 4S can be ordered with the newly developed seven-speed manual gearbox, with which the Sport Chrono package is included. New technology has also been integrated to extend the range of features for both 911 models and, for the first time, Porsche InnoDrive, which includes adaptive cruise control, is available. Thanks to the enhanced Smartlift function, ground clearance can be programmed so that it is raised for everyday use. The list of options is supplemented by an extensive range from Porsche Tequipment and new personalisation options from Porsche Exclusive Manufaktur. Porsche will further extend the combination of traditional style elements, timeless design and cutting-edge technology in a special edition of the 911 Targa, which will make its debut in June.