High fuel prices is one of several factors prompting demand for pre-owned vehicles thawing.
By : HT Auto Desk
| Updated on: 22 Jul 2022, 11:22 AM 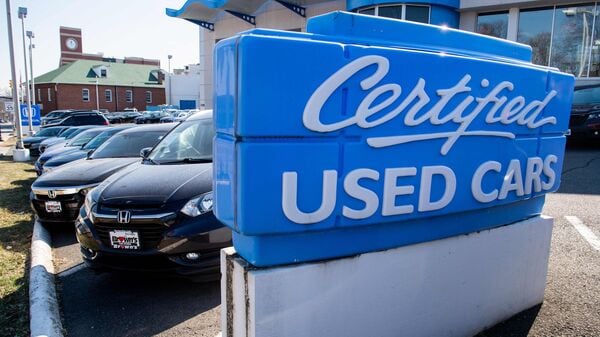 At the peak of the Covid-19 pandemic in 2020, prices of many used vehicles in the UK was higher than even the new versions of the same model. While this was quite unprecedented, it was primarily fueled by people looking at investing in a personal mobility option in order to maintain social distancing while getting from one place to another. But the situation has now changed on its head with fuel prices at record high levels even if the pandemic intensity seems to have abated significantly.

Bloomberg, quoting data from Office of National Statistics, reports that prices of pre-owned vehicles in the UK have tumbled by around 2.5 per cent in June. A major reason for this is believed to be families looking at shoring financial resources by offering their personal vehicles to the used-car market. Many of them are unwilling to drive or maintain a personal vehicle at a time when fuel prices have gone through the roof across most parts of the world. This is the same reason why demand for pre-owned vehicles too has seen a decline.

The exception to this are models at the very start of the passenger vehicle pyramid which often carry a compelling price tag and tend to offer better mileage than high-end and luxury vehicles.

The other major factor at play is the shortage in semiconductor chip used in modern vehicles. While the challenge remains, the situation appears to be improving gradually and this means that production lines could be gaining some semblance of normalcy. What this could eventually mean is waiting period for new cars coming down and allowing people to get behind the wheel quicker than they could in recent years.

Nonetheless, pre-owned vehicles aren't likely to be ignored entirely any time soon as reports indicate that there still is a fair share of demand that remains. With prices coming down, the inventory stock could see quicker release.