Nissan Magnite has sought to wage a significant price war against its rivals in the sub-compact SUV segment.
By : HT Auto Desk
| Updated on: 02 Dec 2020, 12:40 PM 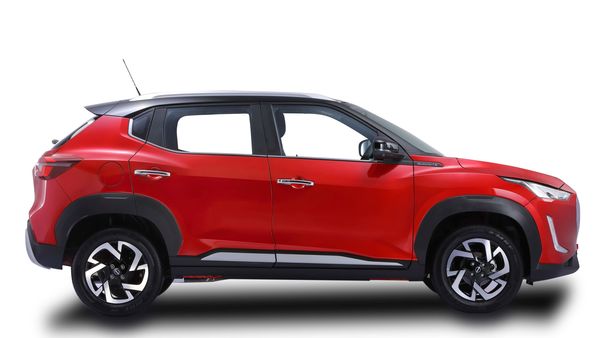 Magnite, in many ways, is a lifeline as Nissan looks to revive its dipping fortunes in India. With an attractive price structure, it has shown aggressive intent.

Nissan Magnite was launched on Wednesday at an introductory starting price of ₹4.99 lakh (ex showroom, Delhi). At this price, it is now the most affordable sub-compact SUV in the market. Looking to take on some very capable rivals like Kia Sonet, Hyundai Venue and Maruti Vitara Brezza, Magnite has clearly sought to play the affordability card while assuring a premium drive and ride experience.

Offered in a 1.0-litre petrol and a 1.0-turbo petrol engine option, Magnite also plugs in an X-TRONIC CVT transmission option, has a spacious cabin and an optional Tech Pack at an additional cost which packs in ambient lights, premium speakers, air purifier, wireless phone charging, and more.

While the starting price for the base model is for a Magnite that will be with the 1.0-litre, five-speed manual variant, it could still give Nissan quite a leg up against its more established rivals in the car market.

How then does the Magnite's price look when put up against the petrol versions of Sonet, Venue, Brezza and others?

It is the XE variant of Magnite that sits under the ₹5 lakh-mark. The introductory prices of all variants of this car are valid till December 31. From the new year, prices will be revised and the base will start from ₹5.54 lakh. This would still mean that Magnite would be the most affordable sub-compact SUV in the market.

In contrast, the newly-launched - and extremely successful - Sonet from Kia starts at ₹6.71 lakh for the 1.2 HTE, all the way up to ₹12.99 lakh for GTX Plus Turbo DCT DT.

Hyundai Venue has been a strong performer since its launch in the early parts of 2019. Its pricing starts at ₹6.75 lakh for the E variant, going up to ₹11.65 lakh for the SX Plus Sport DCT.

Vitara Brezza is the only other car in this price comparison which - like Magnite - is only offered with petrol engine options. Its prices start at ₹7.34 lakh for LXi with manual transmission and maxes out at ₹11.40 lakh for the automatic ZXI Plus AT Dual Tone. 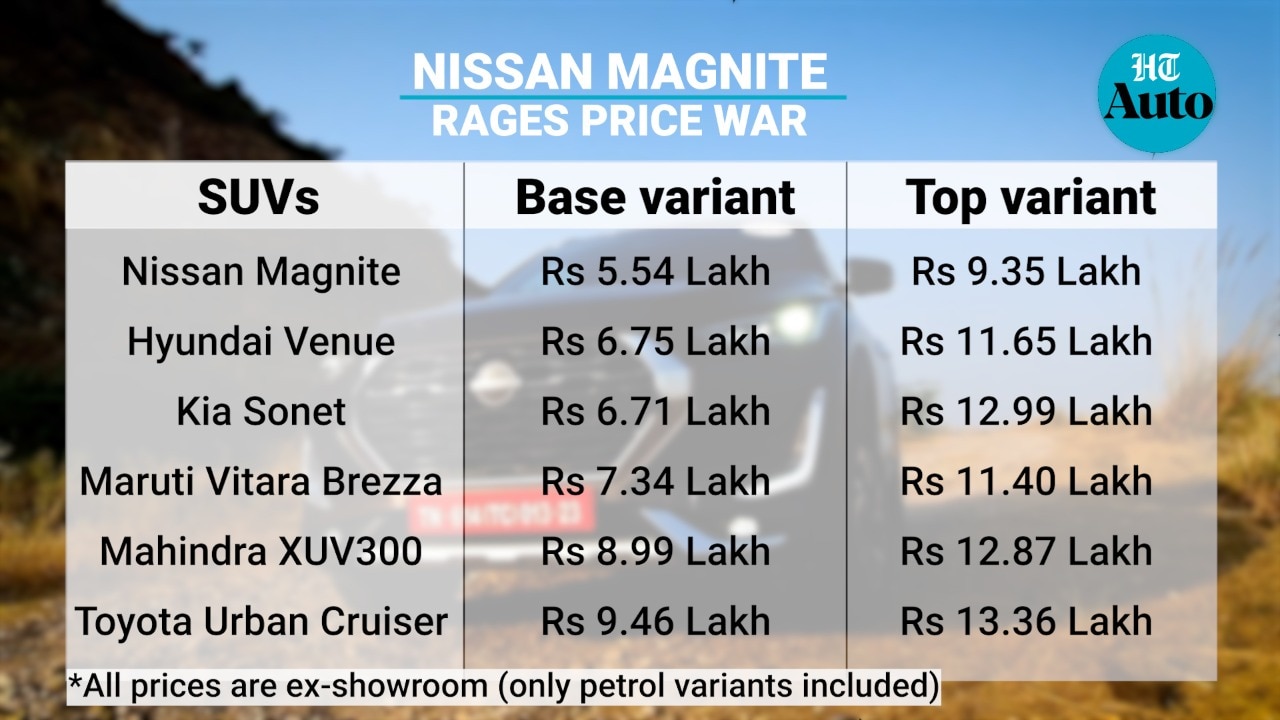 Magnite, clearly then, is banking its compelling price structure to help Nissan reclaim lost ground - and glory - in the Indian car market. It is more affordable in almost every variant than most of its rivals. The Japanese car maker, however, will have to come good on its promise of expanding its post-sales network in the country and adhering to a solid build quality - two factors that could make Magnite into a runaway hit in the times to come.