Nissan Magnite teased again ahead of official reveal on October 21

The Magnite SUV will be based on the CMF-A+ platform which also underpins the Renault Triber MPV.Nissan Magnite will most likely be launched around this festive season.
By : HT Auto Desk
| Updated on: 19 Oct 2020, 01:46 PM 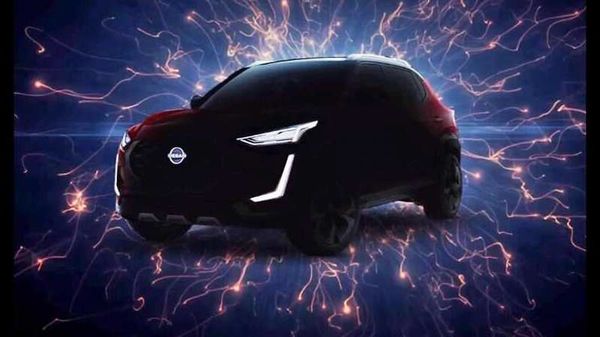 Nissan Magnite will most likely be launched this festive season.

Nissan India has teased the Magnite subcompact SUV which is set to be officially revealed later this week on October 21. The Japanese automaker has also released a new teaser video (below) of the SUV which gives a speak-peak at some of the key details of the upcoming sub-4 metre SUV.

The Magnite will come based on the CMF-A+ platform which also underpins the Renault Triber MPV in India. It is going to be the second product to get this architecture. The company has already revealed the concept images of the its new SUV and the production version of the new Magnite is expected to retain most of the design elements borrowed from the concept.

In terms of exterior design, the upcoming Magnite SUV sports a crossover inspired stance. Some of the key design highlights include LED headlamps, and LED daytime running lights, faux skid plates, bold looking alloys, roof rails, and two-tone exterior treatment. It will also get tapering roofline towards the rear-end. As suggested by a spy image in the recent past, the Magnite will feature massive claddings around the wheel arches contributing to its muscular appeal.

At the rear, there will be sleek, sculpted tail lights protruding out of the body with reminiscing outlines of the Triber's lights. Also, a wide 'Magnite' lettering will be seen centrally placed on the tail gate.

In terms of mechanical details, the Magnite SUV will likely feature the same 1.0-litre Energy petrol engine that's also found on the Renault Triber. This engine has been tuned to deliver 71 bhp of maximum power and 96 Nm of peak torque. The transmission options may include a 5-speed manual as well as an optional AMT unit. Also, the company may launch the turbocharged version of the engine which was displayed at the 2020 Auto Expo.

Though Nissan India is yet to drop the launch details of the upcoming Magnite, but expect the SUV to go on sale around this festive season.