In the latest avatar, the new Mercedes E-Class brings forward a sportier exterior design and a host of new features.The latest E-Class launch is part of Mercedes-Benz's 15-model launch commitment in 2021.
By : HT Auto Desk
| Written By : Prashant Singh
| Updated on: 16 Mar 2021, 13:45 PM The latest Mercedes E-Class launch is part of the company's 15-model launch commitment in 2021.

The Mercedes-Benz E-Class facelift has been launched in India on Tuesday. The updated car has been priced from ₹63.60 lakh (ex-showroom).

The new model made its global debut in 2020 and was slated to be launched later in 2021 but the company made the announcement of its early launch due to popular demand for the car in India. 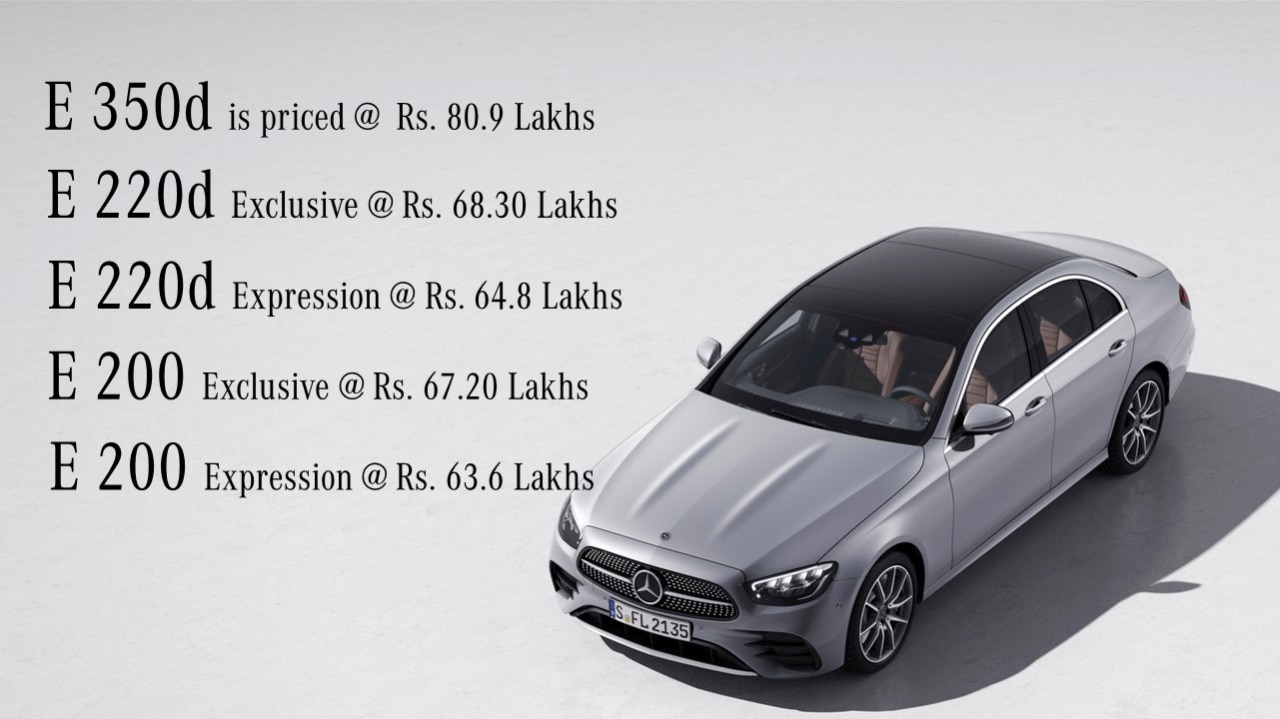 There are a total of five variants on offer.

The E-Class is one of the most popular luxury cars in the country and the company has managed to sell close to 46,000 units since its introduction in 1995.

The new E-Class continues to be offered in the LWB form. On the outside, it carries a slew of prominent styling changes including a sportier aggressive front look and a more elegant rear end. The new changes are in line with the brand’s current design language. In the latest avatar, the car brings forward a sportier exterior design and a host of new features.

The updated cabin inside the new E-Class brings forward new comfort, convenience and entertainment features to the table.

The car now gets new adaptive LED headlamps and LED taillamps. Inside, there is a new 10.25-inch touchscreen infotainment system with the latest MBUX system. Moreover, there is also a 10.25-inch digital instrument cluster. Both the screens come mounted on a single seamless glass panel which makes the cabin look very posh, elegant and modern.

Under the hood, there are 2.0-litre petrol and diesel engines. While the petrol engine delivers 197 hp and 320 Nm of torque, the diesel powertrain delivers a maximum power output of 194 hp and 400 Nm of torque. The transmission option includes a 9G-Tronic 9-speed automatic gearbox. In addition, there is also an AMG breed 3.0-litre 6-cylinder diesel engine (350d) which churns out 286 hp and 600 Nm of peak torque.

The latest E-Class launch is part of the company's 15-model launch commitment in 2021, the announcement regarding the same was officially made earlier this year. Some of the key rivals to the car include Audi A6, Jaguar XF, BMW 5 Series, Volvo S90 and the Lexus ES 300h.