New Maruti Swift vs old Swift: What has changed? 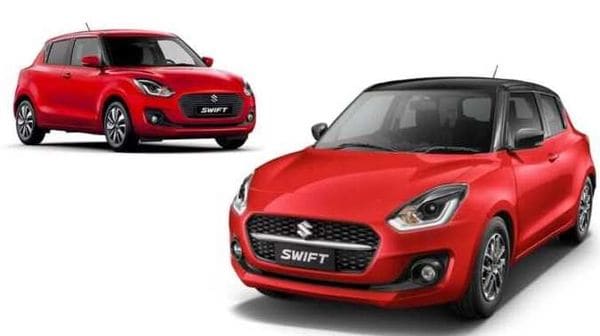 While the changes on the new Maruti Swift may not be very major in comparison to its predecessor, but there are quite a number of tweaks to speak of.

Maruti Suzuki recently launched the updated Swift hatchback in the market starting at ₹ ₹5.73 lakh (ex-showroom) for the base LXI variant and extending up to ₹8.41 lakh (ex-showroom) for the top-spec ZXI+ Dual Tone variant. While the changes on the new Swift may not be very major in comparison to its predecessor, but there are quite a number of tweaks to speak of. Here's what has changed and what remains the same.

The new Swift has received a sportier-looking front fascia with a bolder grille. Instead of the previous horizontal line pattern, the updated grille features a cross mesh design. There is also a new sleek chrome bar placed at the centre of the grille which adds a sportier effect on the new Swift. Save for these updates, the rest of the design on the car remains unchanged.

The new Swift has grown marginally in terms of overall length. While the previous model stood at 3840 mm, the new Swift spans 3845 mm in length. On the other hand, aspects such as width, height and wheelbase have remained unchanged at 1735 mm, 1530 mm and 2450 mm.

With the yearly update, Swift hatchback has also received an updated and a slightly more powerful engine. While the basic 1.2-litre 4-cylinder petrol engine remains the same, it has received internal changes and has also gained an idle start-stop feature for more fuel economy. The engine now delivers a higher 90 PS of maximum power and 113 Nm of peak torque. The transmission remains the same 5-speed manual and 5-speed AMT unit.

Thank to the mechanical updates and added start-stop feature, the engine now delivers a higher 23.20 kmpl of fuel efficiency on the manual and 23.76 kmpl on the AMT version. For the record, the pre-facelift Swift was known to deliver a lower 21.21 kmpl.

With the latest update, the car has received new features including cruise control, an updated instrument cluster with a colour MID and auto fold functionality for the ORVMs. In addition to that, there is also a feather-touch stereo added on the VXI trim. The rest of the feature list has been carried over as is.