The new-gen Force Gurkha is likely to launch in India later this month. When launched, expect the new Force Gurkha to get a price tag ranging in between ₹10 lakh and ₹12 lakh (ex-showroom).The new-gen Gurkha was also set for display in concept form at the previous Auto Expo 2020.
By : HT Auto Desk
| Updated on: 09 Sep 2021, 07:39 PM 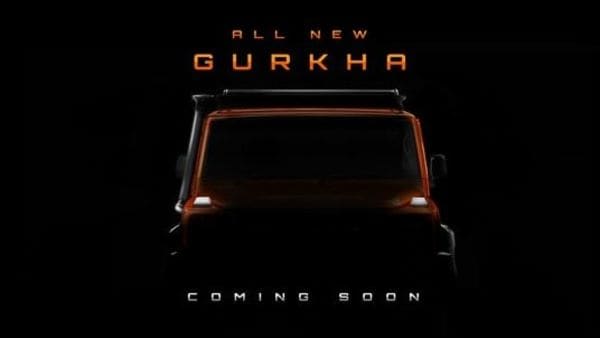 Force Motors has teased the upcoming Gurkha off-road SUV ahead of its launch, possibly ahead of the festive season. (Photo courtesy: Facebook/@ForceGurkha4x4)

Force Motors' all-new Gurkha SUV is just around the corner for an official launch. The upcoming Thar rival has been teased several times in the past and now the company has dropped new details ahead of the car's launch.

It’s just you and your adventure. And our moulded floor mats, that ensure low NVH in the cabin, make sure of that! With this, we’ve designed the interiors of the All-New Gurkha to be as breath-taking as the view outside.
.
.
.#TheallnewGurkha #ForceGurkha #Comingsoon #StayTuned pic.twitter.com/ksnAzyAzs7

As per a new tweet by Force Motors, the new 2021 Gurkha SUV will receive moulded floor mats for low NVH levels inside the car. “It’s just you and your adventure. And our moulded floor mats, that ensure low NVH in the cabin, make sure of that! With this, we’ve designed the interiors of the All-New Gurkha to be as breath-taking as the view outside," tweeted the carmaker.

The upcoming off-road vehicle has also been detailed in past spy images. In addition, the concept model of the new-gen Gurkha was also set for display at the previous Auto Expo 2020.

The available details hint that the Gurkha will continue along with the round-shaped headlights which will now sport LED DRLs. There will also be a redesigned front main grille and bumper. The new Gurkha will also be seen with redesigned taillights, newly designed wheels and a tailgate-mounted spare wheel. Other highlights will include turn indicators placed over front fenders, a functional roof carrier, and a long snorkel to enable a smooth water-wading experience.

When launched, expect the Gurkha to arrive in two body shapes - two-door and five-door. It may also get captain seats for the second row and side-facing jump seats at the rear.

Under the hood, expect the new Gurkha to come with a 2.6-litre diesel engine churning out 89 bhp and 260 Nm of peak torque. For transmission, the SUV could use a 5-speed gearbox. In comparison, the Thar SUV gets a 2.2-litre diesel engine with 130 hp and 300 Nm.

When launched, expect the new Gurkha to get a price tag ranging between ₹10 lakh and ₹12 lakh (ex-showroom).