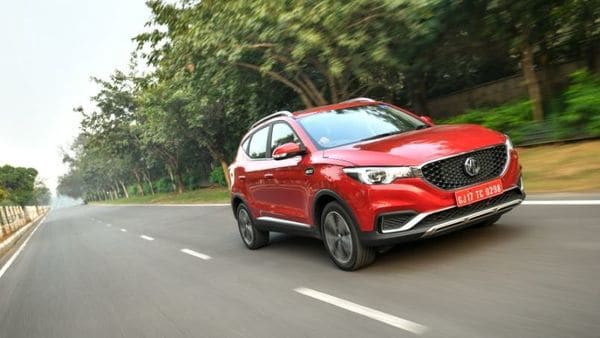 NEW DELHI : Morris Garage is all set to officially launch ZS EV, its second offering in India, on Thursday but even before the pricing is known for the SUV, it has managed to get over 2,400 bookings. The company on Monday ended the first round of bookings for the ZS EV, 27 days after it was opened.

Pre-launch bookings' figure for ZS EV stood at 2,409 across five cities where the SUV would first be made available. The figure is more than the total number of EVs sold in India in 2019, a list which includes the likes of Hyundai Kona, Mahindra's e-Verito and e20, and Tata Motors' Tigor EV.

The rush to book a ZS EV may stem from multiple factors and while pre-launch bookings may or may not translate into actual sales, it is an auspicious start for MG which entered the Indian market in 2019 with the Hector. The company has since focused its energy on a product that falls into a nascent category in India and has also tried to bring up supporting infrastructure to help customers and dispel several rumors related to EVs.

The ZS EV gets an eight year warranty on its 44.5 kWh battery pack that is IP67 certified for protection against water and dust. The car has a claimed range of 340 kilometers on a single charge and MG will install a complimentary charging unit at a customer's choice of place. The car's SUV-ish proportions, neat and plush cabin and powerfully silent performance may be some of the reasons for the buzz that surrounds it.

MG will officially launch ZS EV on Thursday and if it gets the pricing right - undercutting Kona which is priced at ₹23.50 lakh (ex showroom), the company could have a winner on its hand.