The world’s top-seller of premium autos has touted the EQC and the series of battery-powered models it has planned under the EQ sub-brand as an answer both to Tesla and its traditional rivals.
By : Bloomberg
| Updated on: 16 Dec 2019, 09:44 AM 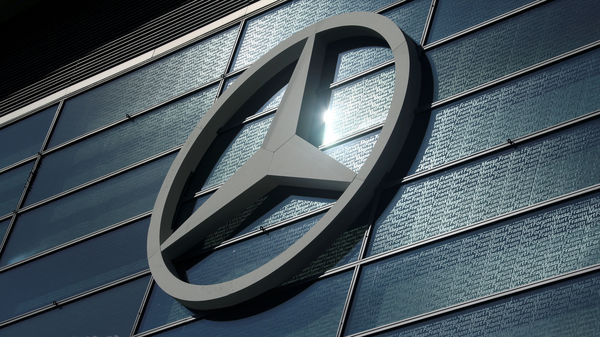 Mercedes-Benz is putting off the U.S. debut of its first electric vehicle by a year in the latest sign of just how difficult a time automakers are having replicating Tesla Inc.’s success.

Daimler AG’s luxury brand will start sales of the EQC crossover in 2021 rather than early next year. The German carmaker said in an emailed statement that it made the strategic decision to first support growing demand for the model in Europe, where deliveries began earlier this year.

The world’s top-seller of premium autos has touted the EQC and the series of battery-powered models it has planned under the EQ sub-brand as an answer both to Tesla and its traditional rivals. But the initial electric vehicles Jaguar and Audi introduced in the U.S. market this year have underwhelmed on the sales charts, failing to keep up even with Tesla’s years-old Model S and X.

Daimler has at least 10 purely battery-powered cars planned through 2022 to help meet tougher emissions rules around the globe. But while regulatory pressure is picking up, U.S. demand has been tepid for models other than Tesla’s lower-priced Model 3. Consumers continue to harbor concerns about limited driving range, long charging times and high sticker prices.

Jaguar has sold 2,418 I-Pace SUVs in the U.S. this year through November, while Audi has delivered 4,623 e-tron crossovers, according to InsideEVs. By contrast, the website estimates that Tesla has sold about 111,650 Model 3 sedans.

Luxury-car makers’ biggest retailers are divided over the outlook for electric cars in the U.S. In February, the president of Sonic Automotive Inc., the fifth-largest U.S. dealership group in the country, wondered aloud on an earnings call whether Tesla had built a cult following for its cars and said the brand needed to be taken seriously by BMW and others.

But in October, Roger Penske, the chief executive officer of Penske Automotive Group Inc., said the I-Pace hasn’t sold as expected and that consumers have been canceling orders for the e-tron.

“They’re expensive, and everyone has range anxiety, and to me, what’s going to be the residual value at the end?" Penske said during an earnings call. “The growth is going to be slow."