Maruti Suzuki says Swift is mostly preferred by a younger buying audience which has been an important aiding factor that helped it capture nearly 30% of the market share.The third-generation Swift was launched in 2018 and remains a power player in its segment.
By : HT Auto Desk
| Written By : Shubhodeep Chakravarty
| Updated on: 16 Jun 2020, 10:57 AM 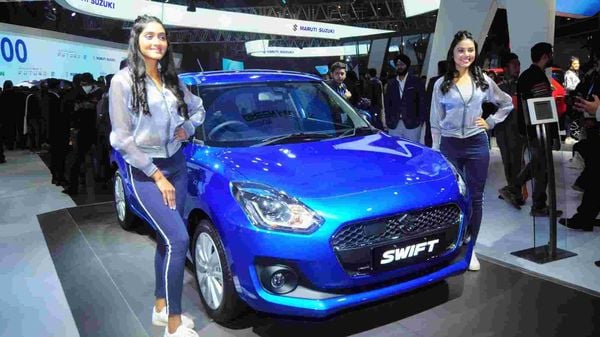 Models pose next to a Maruti Suzuki Swift Hybrid, during the Auto Expo 2020 in Greater Noida. (ANI File Photo)

Maruti Suzuki Swift was launched in India for the first time back in 2005. Its design language was not something customers here were accustomed to and while opinions were divided, that divide could hardly stop the car from quickly racing to the top of sales charts. Boosted by an energetic diesel motor, Swift managed to swiftly find favours and has clocked 2.2 million units in cumulative sales in its 15 years of presence in the country.

The only vehicle to win the Indian Car of the Year Award thrice, the Swift in its 15 years has managed to remain a strong contender and heralded the start of the premium hatchback segment in the country. 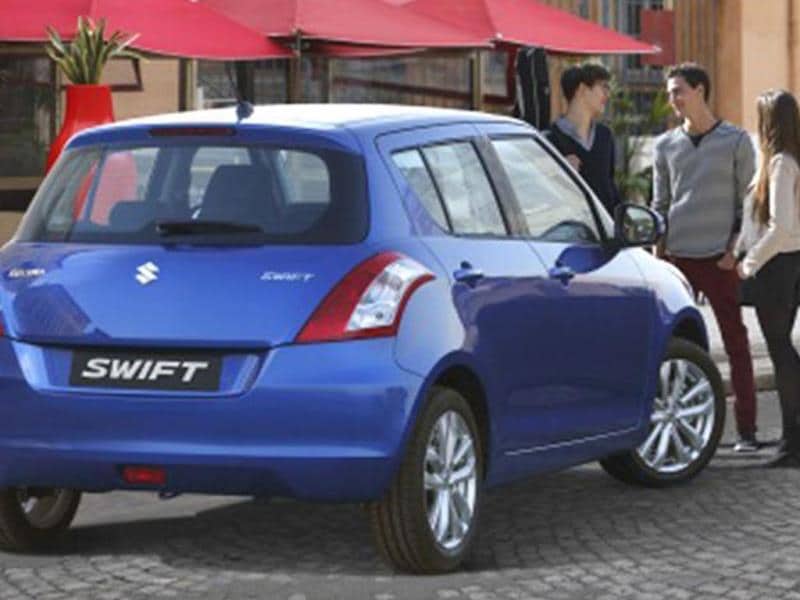 Maruti Suzuki Swift has seen several upgrades - both outside and on the inside - over the last 15 years.

Maruti Suzuki says Swift is mostly preferred by a younger buying audience which has been an important aiding factor that helped it capture nearly 30% of the market share. Launched in 2018, the third-generation Swift, complete with its sweptback LED headlamps, aggressive front grille and cockpit-style interiors, catapulted the car to the top of the premium hatchback segment in FY 2019-2020.

Shashank Srivastava, Executive Director (Marketing & Sales), Maruti Suzuki India Limited, has said that the Swift has benefited not just from being a capable and stylish-looking car but also from the 'bang for the buck' position. "Brand Swift was the first model that challenged many notions around hatchbacks. More than a car, it was a refreshing new thought process," he said. "Swift was designed to be bold and aggressive, and at the same time be reliable and economical. It had features offered in a large car, contemporary, yet functional appealing to a younger audience."

And while it indeed has managed to attract the younger audience, many of whom are first-time buyers, it has also constantly reinvented itself which has helped Swift take on and taken down newer rivals in the Indian automotive market.

Despite all the years gone by, Maruti remains committed to letting Swift play to its strengths even if the company itself has a number of other strong performers in the nearly same price bracket.