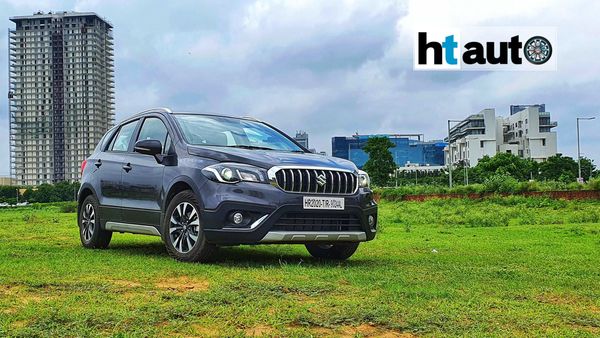 Maruti Suzuki began August on a positive note by launching 2020 S-Cross which sought to address two fundamental demands from car buyers that have persisted over the years - get a petrol engine and offer automatic transmission. These two factors are the biggest highlights of the new S-Cross which seeks to once again play the big field of SUVs, one that has a long list of strong players that have either dominated the game or look at creating a firm and indelible mark.

First launched in India back in 2015, the S-Cross has only managed mixed responses over the course of these several years. A facelift in 2017 did auger well for the car but quite frankly, the competition been intense. With dwindling demand for diesel engines, the S-Cross was sputtering and the petrol engine offers a lease of new life now. But can it power the car to place of prominence? Read on. 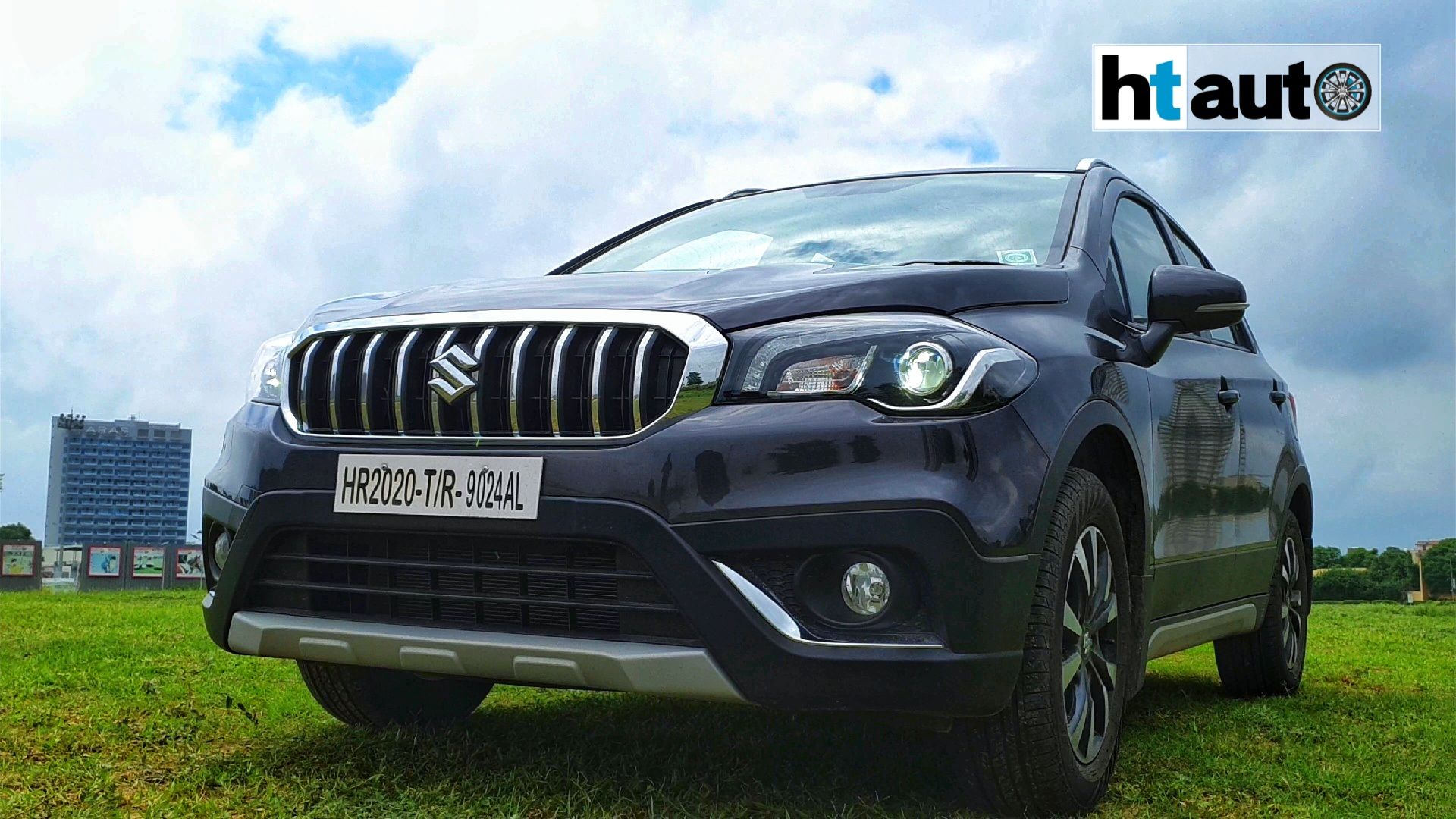 The S-Cross continues to get the same projector headlights, large chrome grille and LED fog lights as before. (HTAuto/Sabyasachi Dasgupta)

The 2020 S-Cross is identical to the preceding model in how it looks. Maruti says that it has received a positive feedback for the design and therefore decided to not tinker with it. That said, it may have been prudent to make some changes, however cosmetic, to breathe some fresh life into it.

Yes, the rather rugged LED projector head lights, the massive chrome-laden grille and the 16-inch alloys do give the S-Cross character but I do feel there should have been some work put in by the designers to help the car's case, especially because it looks three years old and appears rather bland if one puts it next to newer, more modern-looking rivals.

In terms of size and dimensions, there is not much to write home either because the car still has the same statistical highlights as before. 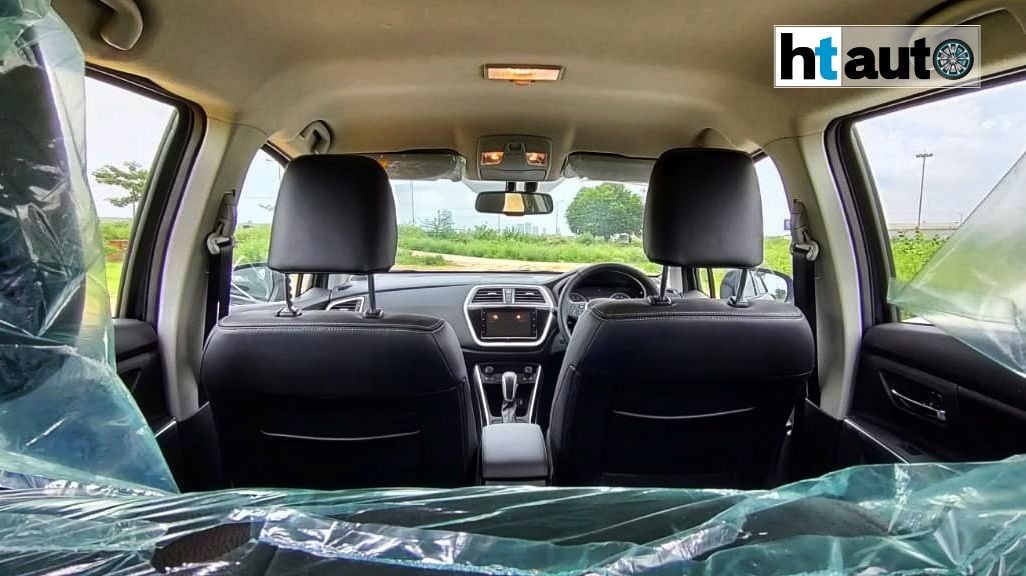 Step inside the new S-Cross and once again, there is nothing much new in the car except for the 7-inch Smartplay Studio 2.0 system and the four-speed torque converter in my review unit.

Not for a moment am I saying that the strengths of the cabin of this car are not retained. Of course they would be if the car is identical to the preceding model. So yes, there is a whole lot space on offer with nicely cushioned seats that would make daily commutes as well as highway escapades nearly effortless. The infotainment screen is also responsive to touch, easy to operate and offers smartphone connectivity options to keep the journey engaging. But, that is about it. 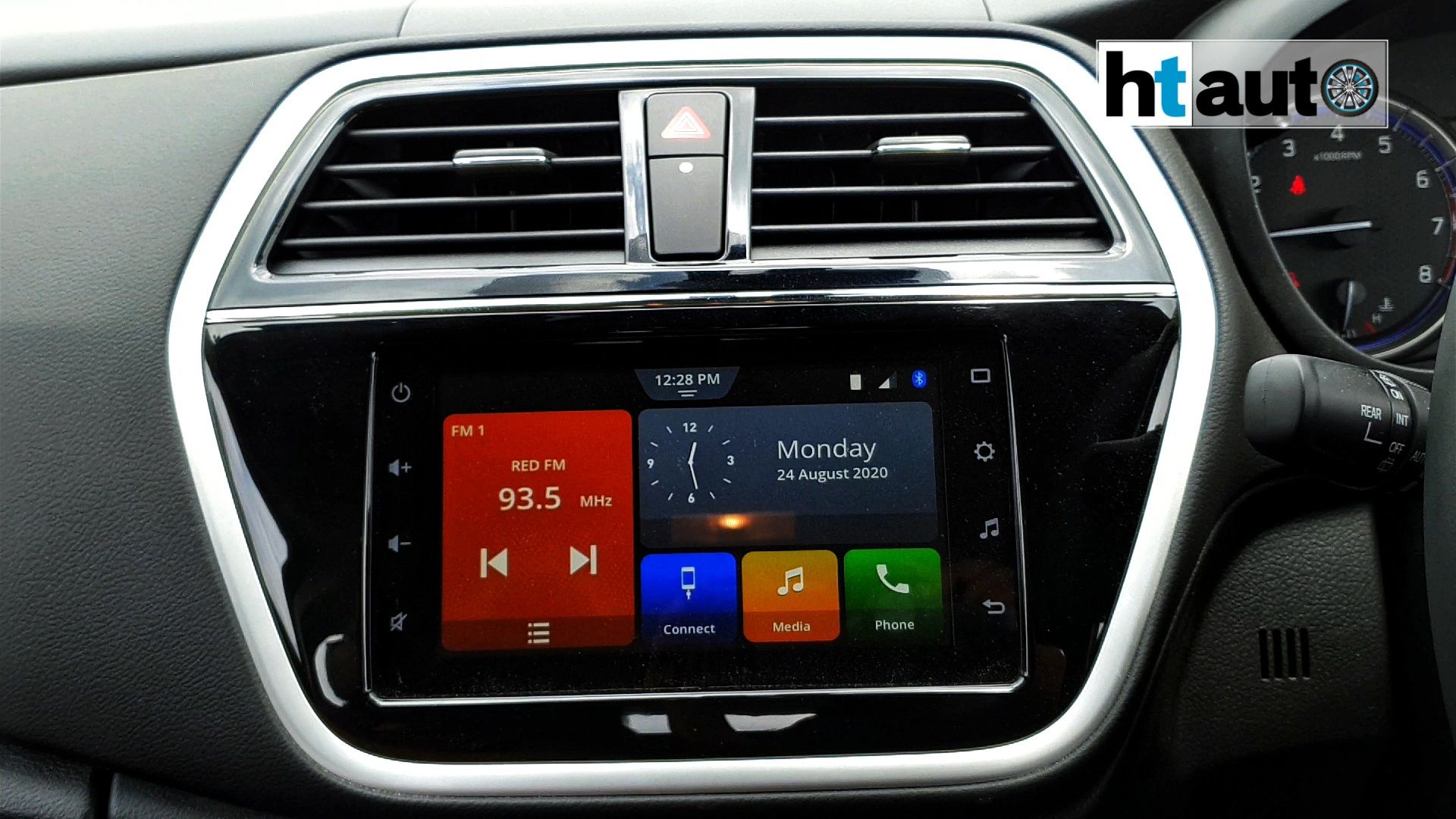 Maruti has updated the seven-inch infotainment screen inside the 2020 S-Cross. (HTAuto/Sabyasachi Dasgupta)

The creature comfort list is nearly bare, especially when you see what the rivals are bringing to the sub-compact and compact SUV space. Wireless charging is a dream, ventilated seats are a fantasy and even rear AC vents are inconspicuous by their absence - at least in this review unit.

The large windows do make up for the lack of a sunroof.

What Maruti has persisted with, thankfully, are options such as engine start/stop button, auto-folding Outside Rear View Mirrors (ORVMs), automatic climate control and cruise control. A little basic in current times but functional nonetheless. 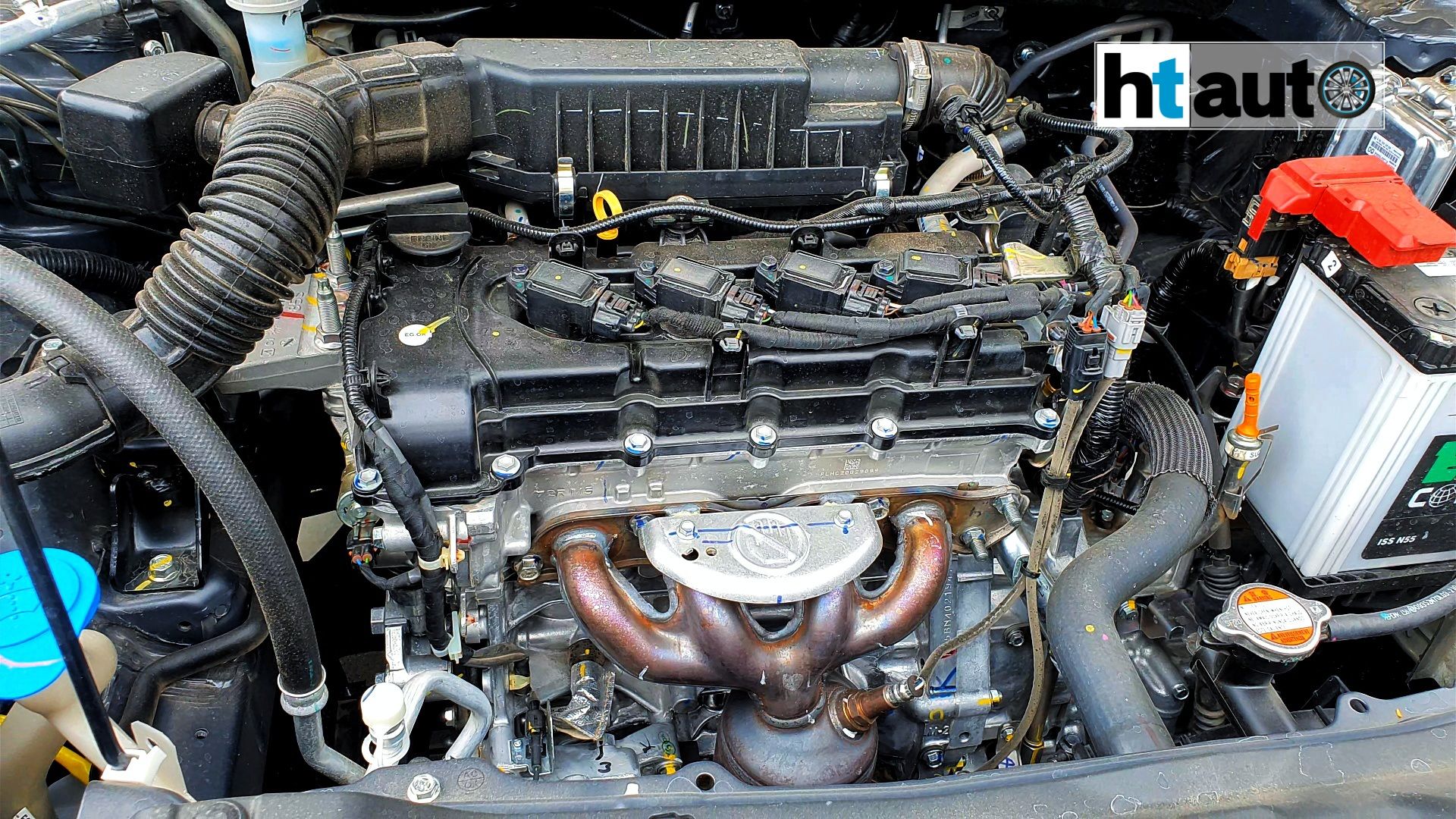 If the 'superficiality' of looks and feel of a car aren't what interest you, then there is a whole lot that the new S-Cross will interest you with. Yes, the drive dynamics, quite obviously, are completely changed now that this car ditches diesel and perfects petrol.

The 2020 S-Cross gets the familiar and famed 1.5-litre K15B mild-hybrid petrol engine that also does duty inside the Ciaz, Brezza, Ertiga and the XL6. In the S-Cross, it enables the car to have a peak power of 103 bhp and maximum torque of 134 Nm. And it is par for the course for most parts.

I can confidently say that I hardly ever missed the grunt of that diesel motor and while it was more engaging to driver perhaps, the petrol unit is more reassuring and hums along nicely without trying too hard. The S-Cross is now more planted than ever before and can be a perfect companion on whatever the city roads scheme to throw in its path. The suspension set up, while slightly hard, swallows speed breakers and craters alike with some degree of capability and unless rushing through obstacles, you are unlikely to be thrown around inside the cabin. 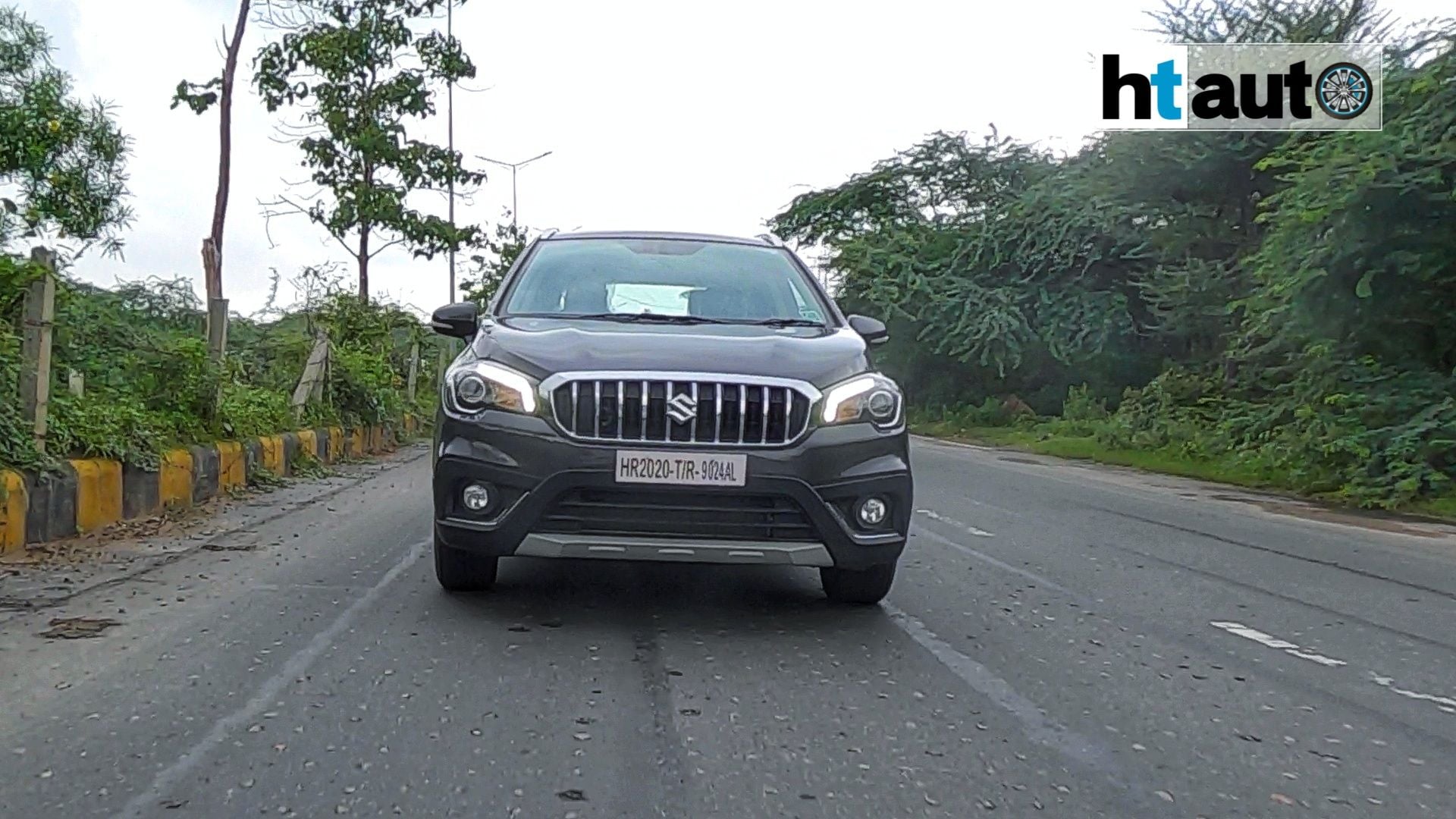 The S-Cross has a calm drive demeanor in city conditions. (HTAuto/Sabyasachi Dasgupta)

Yes, the S-Cross remains a strong daily workhorse, one that is also more refined than ever before. This is also thanks to what appears to be some additional work done to contain NVH levels. 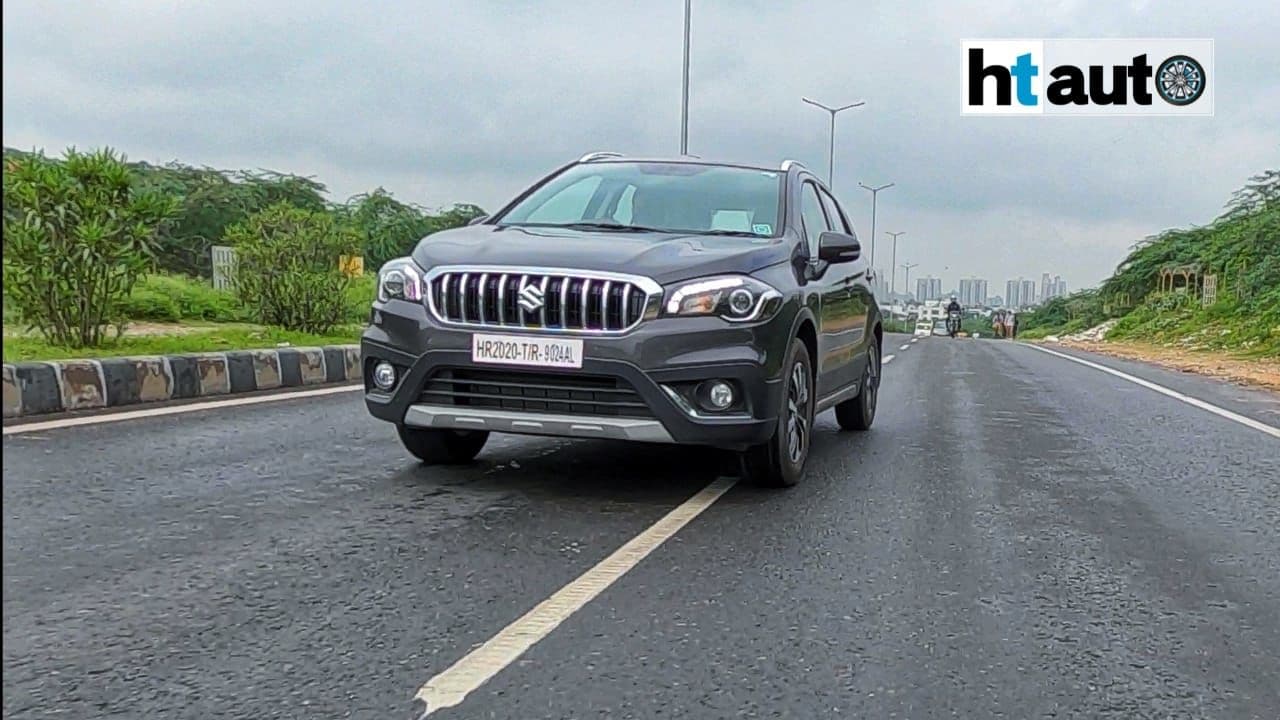 The S-Cross remains composed on open roads but getting the auto transmission unit struggles noticeably when the car is pushed to move forward.

It is a slightly different tale out on open roads when the emphasis may be on getting a move on. The four-speed torque converter unit is agile enough within city limits but strains noticeably when the car is pushed beyond its comfort zone. There is resistance, yes clear resistance and while the S-Cross will get the job done and make those urgent overtaking moves, it will make sure to tell you what it thinks of your decision to make it do so.

On the flip side, once you do reach triple-digit speeds, it is cruise mode on and the car munches miles effortlessly. The weighted steering evokes much confidence and helps the car maintain a steady line, and making precise turns when the input is given.

Overall, the drive is hardly exhilarating but is capable enough to keep daily commutes calm and composed.

The S-Cross is perhaps best targeted towards a mature car-buying audience.

The 2020 S-Cross offers a reassuring drive with the basics in place for the occasional highway rides. And yet, it seems like a rather confused offering from Maruti, one that is perhaps a little too late to the party. The looks are a tad jaded, the feature list is a bit bare and while I do appreciate the comfort it continues to offer, age appears to be having a bearing.

Pricing of the 2020 S-Cross starts at ₹8.39 lakh (ex showroom) and goes up to ₹12.39 lakh (ex showroom) for the Alpha automatic option featured in this review. This makes it an attractive proposition for the price-conscious buyer and those looking at a practical buy for daily commutes can keep it high on the list of cars to consider. Backed by Nexa, the post-sales service is also bound to be robust. But if you are looking for an engaging drive with features aplenty, the S-Cross is likely to fall short.