Thar SUV continues to be one of the best-sellers for Mahindra since its launch eight months ago.Mahindra also plans to launch a 5-door version of Thar SUV in the next couple of years.
By : HT Auto Desk
| Updated on: 29 May 2021, 10:27 AM 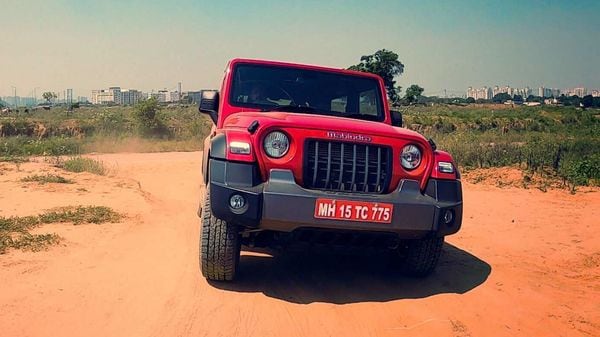 The second generation Mahindra Thar SUV continues to get good response from customers even after eight months of its launch. The iconic Indian off-road SUV has now crossed 55,000 bookings.

Thar SUV is clocking around 5,000 bookings every month. In April, Mahindra had announced that Thar had received 50,000 bookings. According to Mahindra, the automatic variants have found more takers, with every one out of two Thar SUVs sold so far are from this variant. The automatic version of Thar SUVs contribute to about 47 per cent of the overall bookings.

Mahindra now also plans a five-door version of the new Thar model. The company has announced that it will launch the new model some time around 2023. It is likely to be based on the existing 3-door Thar and is expected to have more space inside the cabin and may even accommodate a third row.