5-Door Mahindra Thar will demand a higher premium than the existing 3-Door model.The official announcement on the new longer Thar was made during an online media briefing on Friday.Mahindra will be introducing nine new models in India by 2026.
By : Prashant Singh
| Updated on: 28 May 2021, 08:23 PM 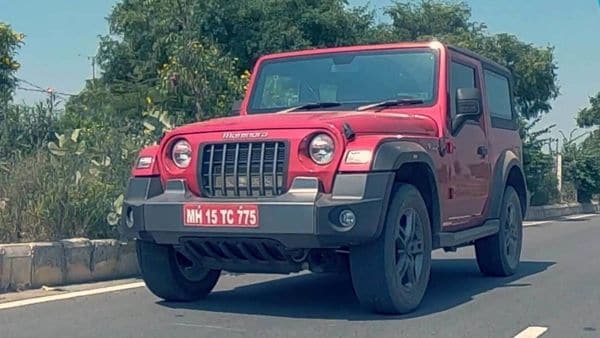 Mahindra will be introducing nine new models in India by 2026.

Mahindra and Mahindra has officially confirmed on Friday that the much-talked-about 5-door Thar SUV is in the pipeline and will be launched during the period of 2023-2026.

The official announcement on the new longer Thar was made during an online media briefing while releasing the company's fourth-quarter results for FY2021. In addition to the Thar announcement, Mahindra also informed that it will be introducing nine new models in India by 2026. Among the new cars will also be an all-new Bolero which will also be launched during the same 2023-2026 period. What's to be noted here is that the company is yet to confirm the exact launch date of both models.

The rest of the upcoming lineup from Mahindra will include several electric vehicles based on the Born EV platform, new-gen XUV300, and two more new models codenamed - W620 and V201. Other than that, the XUV700 is already slated for the 2021 launch, followed by the new Scorpio to be launched by 2022.

Coming back to the highlight of the announcement - 5-Door Thar. It will be based on the existing 3-Door Thar which was launched in India last year in October. While sharing the same external design and styling, the new longer Thar will have more space inside the cabin to accommodate an additional row. While the wheelbase may remain constant, front/rear overhangs are likely to be stretched to carve out more space, but it is too early to comment on these details as of now.

Other than that, it is likely to be kitted with a longer list of features in comparison to the existing model and will thus also demand a higher premium. Mechanically, it is likely to remain identical to the existing car. Expect it to employ the same 2.0-litre turbocharged petrol and 2.2-litre turbo diesel engines along with either a 6-speed manual gearbox or a 6-speed automatic transmission.