Affected Thar customers will have to bring the vehicle to the authorised Mahindra service centres, where the model will be inspected and needed repairs will be carried out free of charge.
By : HT Auto Desk
| Updated on: 04 Feb 2021, 03:12 PM 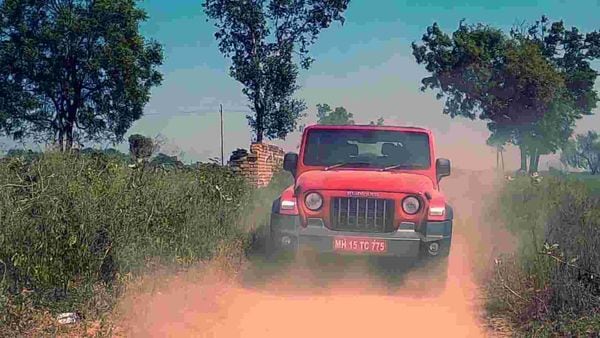 Mahindra on Thursday announced a recall for Thar diesel variants in India which were manufactured between September 7 and December 25 last year. The latest recall has affected 1577 units of the diesel variants of the new Thar SUV.

As per Mahindra, the affected units of the Thar diesel may have a possible camshaft issue due to a machine setting error at the supplier's plant. The company said that it will get in touch with the affected Thar owners for more details on the recall.

Affected customers will have to bring the vehicle to the authorised Mahindra service centres, where the model will be inspected and needed repairs will be carried out free of charge. The announcement of the Thar is in compliance with SIAM's voluntary code on vehicle recall, the company said.

The new Thar SUV was introduced in the country last year in October and since then there has been a robust demand for Mahindra's latest ladder on frame SUV. The company received 6500 bookings for the Thar within two months of launch and the numbers are continually growing since then. Mahindra has also recently hiked pricing of the new Thar SUV, along with other Mahindra vehicles. (More details here)

Powering the SUV is a 2.0-litre turbo petrol engine and a 2.2-litre diesel motor. The transmission options include a 6-speed manual gearbox or a 6-speed automatic torque converter unit. It has also passed the safety crash test conducted by Global NCAP with four-star ratings.