Mahindra Thar 2020 was officially launched on October 2 and has seen a massive demand with waiting period spanning several months.Mahindra Thar is now offered with a host of convenience features, apart from its trademark off-road capabilities.
By : HT Auto Desk
| Updated on: 13 Nov 2020, 12:43 PM 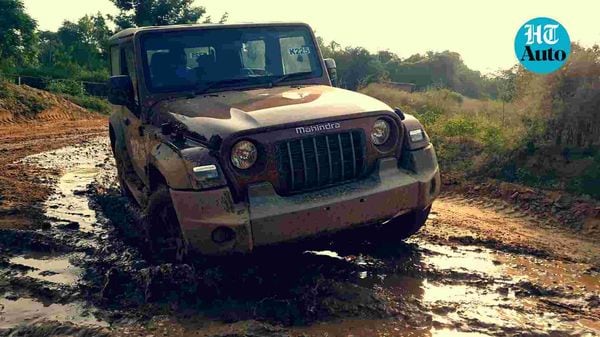 Mahindra Thar 2020 has emerged as one of the most successful launches of the year and despite the challenges facing the Indian automotive industry at large, has done swift business in the short time since being launched on October 2. In the face of rapid and rampant demand, Mahindra has had to increase production capabilities at its Nashik facility to meet with the booking orders and is now readying to deliver 1,000 units of Thar during the Diwali festive period.

In a press statement issued on Friday, Mahindra informed that it is trying its level best to ensure that those who have booked Thar get their product during the festive period. And while the waiting period spans several months, the order of bookings made will determine the order of delivery. "We wish our customers a ‘Happy Thar-ing Diwali’ during this ongoing festive season. At Mahindra it is our endeavour to spread festive cheer to as many customers as we can," said Veejay Nakra, CEO – Automotive Division, Mahindra & Mahindra. "We are now delighted to take it a step further and deliver 1,000 All-New Thars to mark Diwali festivities."

Mahindra had delivered 500 units of Thar over just two days last weekend. While the company had initially planned to roll out 2,000 units each month, this figure will be ramped up to 3,000 by the first month of 2021.

The delivery of the new Thar began on November 1, a month after the official launch and commencement of bookings. One of the possible reasons for the overwhelming response to the SUV could be because of the multiple options to choose from as well as the added convenience options which potentially makes it a fit for families.

Thar 2020 is offered in two broad trims of LX and AX. While the former is oriented more towards the lifestyle buyer and is getting maximum traction from the market, the AX is the more hardcore off-road version. Based on a completely new ladder-frame chassis, Thar comes in both 2.0-litre mStallion petrol engine or 2.2-litre mHawk diesel engine options. It also gets manual as well as automatic transmission, soft-top, hard-top and convertible rooftop choices, an infotainement screen, climate control, splash-proof switches, roof-mounted speakers (on the hard-top version) and steering mounted controls with cruise control.