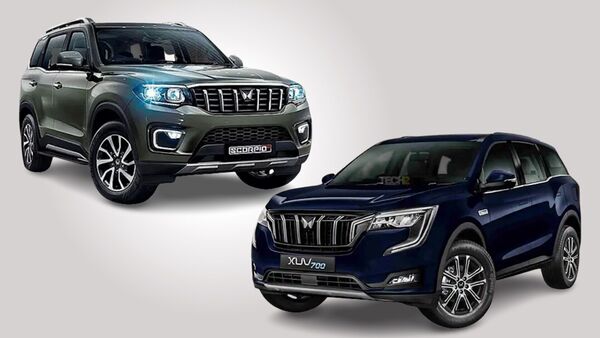 Mahindra has announced the price for the automatic and AWD variants of the Scorpio-N SUV. Here is a look at the price comparison with similar variants of XUV700.

Mahindra and Mahindra has announced the prices of the automatic and all-wheel drive variants of the newly launched Scorpio-N SUV. The carmaker announced on Thursday that the top-of-the-range Z8L variant with AWD will cost ₹23.90 lakh (ex-showroom), which is a little more than ₹50,000 expensive than the XUV700's top-spec variant with similar features. Though the XUV700 is Mahindra's flagship SUV, there is a chance that the Scorpio-N may eat into its share given the similar price range as well as long waiting period for the XUV700. Here is a comparison between the prices of the automatic and AWD variants of both the SUVs.

When it comes to the variants that will excite the enthusiasts most, Mahindra offers the all-wheel drive versions of Scorpio-N and XUV700 well above the ₹20 lakh mark. Scorpio-N comes with as many as three AWD options, while XUV700 gets only two. All five AWD variants of the SUVs are offered in diesel only. The starting price for the AWD versions of Scorpio-N is ₹18.40 lakh (ex-showroom) against ₹22.98 lakh for the AX 7 AT AWD variant of XUV700. However, the top-spec Z8L variant of Scorpio-N with AWD costs ₹23.90 lakh, just ₹55,000 less than ₹24.58 lakh price of the top-spec AX 7 AT AWD Luxury variant of the XUV700.

(Also: Take a look at a more detailed comparison between the Scorpio-N and XUV700 in terms of specifications, features, engine and other aspects)