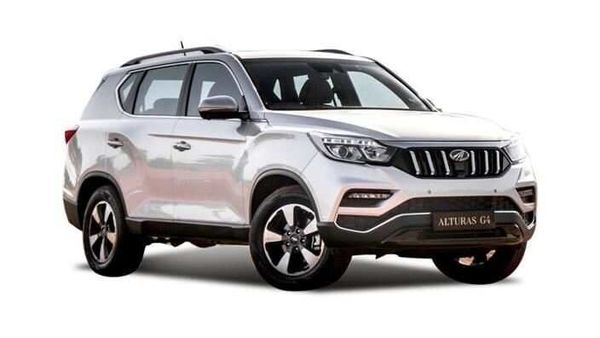 Mahindra has revealed the price list of its updated BS 6 compliant Alturas G4. The SUV now starts at a price tag of ₹28.69 lakh* for the base 2WD (two-wheel drive) variant and extends up to ₹31.69 lakh* for the top-spec 4WD variant.

With the BS 6 update, the pricing has been raised by an average of ₹1 lakh since previously the BS 4 model was priced in the bracket of ₹27.70 lakh* to ₹30.70 lakh*.

Online bookings of the updated Alturas G4 has also commenced at a token amount of ₹50,000.

Apart from the updated BS 6 powerplant, rest of the details on the company's flagship SUV remains unchanged. It sources power from a BS 6 complaint 2.2-litre, four-cylinder diesel engine which delivers 181 PS (133.1 kW) of maximum power and 420 Nm of peak torque. The engine continues to be paired to a 7-speed automatic gearbox.

The top-spec Alturas G4 4WD additionally gets more features such as a 360-degree camera, a memory function for the driver’s seat, a powered tailgate, sunroof and ambient lighting etc.

It rivals the likes of SUVs such as Ford Endeavour and Toyota Fortuner. For the record, both its rival were updated to meet the BS 6 standards earlier this year.

Besides this, Isuzu has made an announcement in the past that it will reveal prices of its BS 6 compliant SUVs later, around mid-2020.