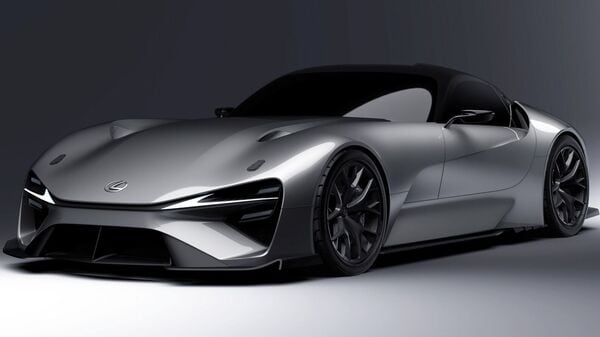 The concept comes showing an aggressively designed luxury sports coupe that features a long ventilated hood and a suave styling. The front fascia is sporty looking clearing the intentions of the carmaker. It loosely resembles the LFA.

The front fascia also gets a T-shaped air intake and a prominent air splitter for improved aerodynamic efficiency. The sleek and sharp LED headlamps with LED daytime running lights integrated into them are visible. The Lexus Electrified Sport Concept gets curvaceous bodywork and a contrasting black roof. Other key design elements include minimalist mirrors, ventilated front fenders, and lightweight wheels.

The car gets a high-performance braking system with red callipers. Moving to the rear profile, it gets a big-like appearance. The concept gets distinctive LED taillights and a ventilated bumper. Also, there is a black central insert with a vertical styling element.

The Lexus Electrified Sport Concept is capable of accelerating 0-100 kmph in less than two seconds, making it one of the fastest cars in the world. The coupe will be capable of running a range of more than 700 km on a single charge. The power source for this Lexus electric supercar will be a solid-state battery.

The Lexus LFA, which is inspiring this Electrified Sport Concept was one of the most admired cars from the luxury car brand. Despite being discontinued nearly a decade ago, the car is still celebrated by automobile enthusiasts.