Kia’s upcoming MPV may rival Maruti Ertiga and XL6: What to expect

Kia had introduced a Sonet-based seven seater SUV for the Indonesian markets earlier this year. The Korean carmaker has been spotted testing an MPV on Indian roads, which is expected to be a much affordable three-row SUV than Carnival.
By : HT Auto Desk
| Written By : Sabyasachi Dasgupta
| Updated on: 18 Oct 2021, 12:22 PM 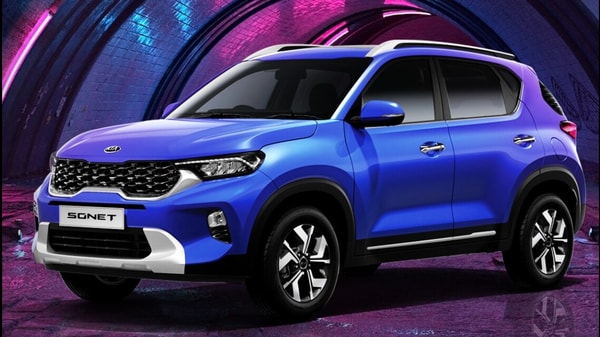 Kia had introduced a Sonet-based seven seater SUV for the Indonesian markets earlier this year.

After its Korean sibling Hyundai launched the Alcazar three-row SUV, Kia is also gearing up to launch a new seven-seater SUV for the Indian markets. The carmaker has already confirmed that it will launch a three-row MPV in India early next year. The MPV, possibly based on its popular sub-compact SUV Sonet, has already been spotted several times testing on Indian roads.

Kia had earlier introduced a seven-seater version of the Sonet SUV for the Indonesian market. The three-row SUV was launched in April this year, and is priced at IDR 199,500,000, which roughly converted stands at ₹10.21 lakh.

The new Kia MPV, which is likely to rival the likes of Maruti Ertiga and XL6, may be an extended version of the Sonet SUV with just one added row of seat and a slightly wider wheelbase and more than four meters in length. As far as the spy shots are concerned, the new MPV, which is codenamed KY, is likely to come equipped with LED headlights and DRLs, chrome accents and 17-inch dual tone alloys.

The top-spec seven-seater Kia Sonet, called Premiere 7, has been equipped with an LCD infotainment screen that stands 10.25 inches. The unit has several functions such as multiple bluetooth connection, voice recognition, USB and AUX connection, Apple CarPlay and Android Auto among several others.

The new Kia MPV is likely to be powered by the same 1.5-litre Gamma II Smartstream Dual CVVT engine that is used for the Sonet seven-seater SUV. It can churn out maximum power of up to 115 PS at 6,300 rpm and peak torque of 144 Nm at 4,500 rpm. The engine is likely to be mated to either a 6-speed manual gearbox or the Intelligent VT transmission.

As far as safety and comfort features are concerned, expect the new Kia MPV to all the latest from the carmaker. It is likely to get 6 airbags, ABS braking system, EBD and Brake Assist, Electronic Stability Control (ESC), Hill Assist Control and Emergency Stop Signal, a rear camera with a dynamic parking guide, Remote Engine Start, Wireless Smartphone Charger, and Tire Pressure Monitor System among others.