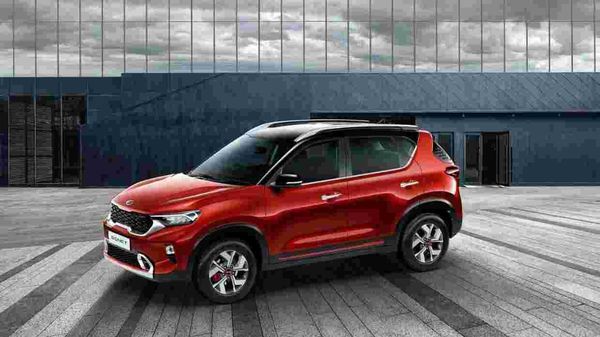 Kia Sonet globally premiered in August and it is slated to be launched in the Indian market this festive season. The company has already initiated pre-launch bookings on the Sonet and over 6,500 units were booked on the opening day. The car has also started arriving at the dealerships and the customer test drives will also commence soon.

Dealer sources have now confirmed to HT Auto that the entry-level variant of Sonet sub-compact SUV will be priced from ₹6.99 lakh and the pricing will extend all the way up to ₹13 lakh. The company will officially reveal the pricing structure of Sonet on September 18.

In this expected price range, Sonet will be able target a wider range of customers. As seen in the case of Seltos, this pricing might be introductory and is likely to be hiked when the offer ends.

Kia Sonet will feature three engine options and five gearbox configurations. There will be an entry-level 83 PS, 1.2-litre naturally aspirated petrol engine with a 5-speed manual transmission. This will deliver an ARAI-rated fuel economy of 18.4 kmpl.

There will also be a 120 PS, 1.0-litre turbo-petrol option offered in two gearbox choices - a 6-speed iMT (intelligent manual transmission) and a 7-speed DCT automatic. In the former option will return 18.2 kmpl while the latter will deliver 18.3 kmpl. The Sonet will also be available with a 1.5-litre diesel engine in 110 PS and 115 PS states.

The amount of buzz that Sonet has been able to generate in the market is a sign that the Korean automaker has once again hit the right chords. And Sonet is in fact one of the most anticipated products and biggest car launches of the year.

(All prices are ex-showroom)