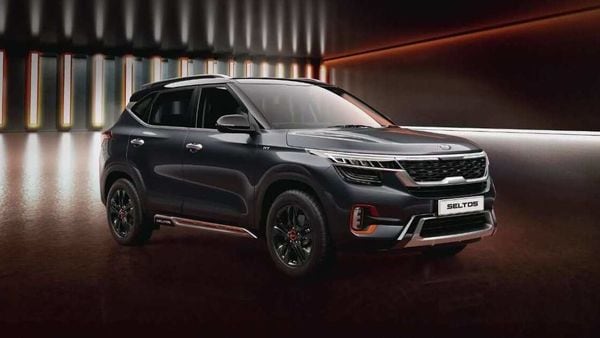 Kia Motors India on Thursday launched the Seltos Anniversary Edition which commemorates one successful year of the model in India. The Seltos has helped Kia establish its roots in the Indian market and it has been a runaway success for the Korean carmaker. The SUV has clocked one lakh sales milestone in just one year of launch.

The Seltos Anniversary Edition stands 60 mm longer in comparison to the regular model. On the outside, it has been updated with a number of design and styling updates. It gets a tusk shape skid plate with silver diffuser fins, new 17-inch raven black alloy wheels with tangerine centre cap and fog lamp bezel. Inside, the limited-spec model gets all-black interiors and raven black leatherette seats with honeycomb pattern among other updates.

"Today, we are extremely excited to launch the Kia Seltos Anniversary Edition which not only celebrates its success in the country but also the love that we have received from our customers in India." said Kookhyun Shim, Managing Director and Chief Executive Officer (CEO)- Kia Motors India.

The feature list on the Seltos Anniversary Edition is identical to the Seltos HTX variant as the model gets remote engine start for manual transmission, Touchscreen system with Apple CarPlay and Android Auto and a sunroof among others.