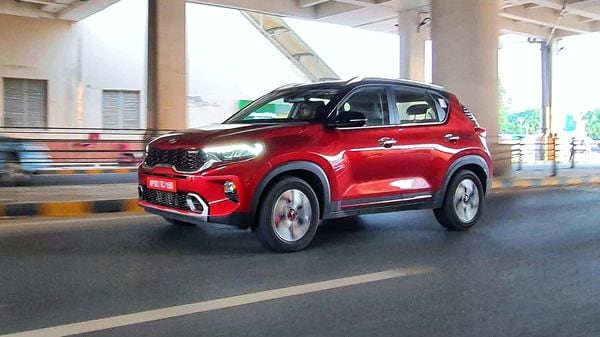 Sonet has been launched by Kia in the lucrative sub-compact SUV segment.

Kia Motors India registered a record performance in domestic sales charts in the month of September and sold 18,676 units here, its highest-ever since making India debut back in August of 2019. And while Seltos, its first product here, was driving the numbers up thus far, Sonet's launch last month has provided a massive shot in the arm for the company. Kia has now managed to reportedly upstage traditional rivals and take the fourth spot among OEMs in September sales charts in the domestic market.

According to an official press release issued by the company, Kia Motors India sold 9,266 units of Sonet in just 12 days which was the main factor for the spike in the month's sales figures. The company sold a total of 10,845 passenger vehicles in August. This is also significantly higher than the 8,502 units sold in July, an overwhelming number of which were Seltos units.

(Also read: Kia aims to sell 1 lakh units of Sonet in India in a year)

And while Kia also offers Carnival MPV for a niche audience, the Sonet's resounding performance has helped it truly establish a place among the big players.

Sonet holds a lot of importance for Kia, not just in India but the world over and the Made-in-India product will subsequently be exported from here as well. The company is buoyed by the gradual revival in the Indian auto industry, especially after lockdown months. "The Indian auto market is recovering at a better-than-expected pace and we are progressing as per our defined plan," said Kookhyun Shim, Managing Director and Chief Executive Officer, Kia Motors India, adding the big role Sonet has to play for the company. "Sonet has completely transformed its segment. Bookings for the Sonet continue to rise on a daily basis which stands over 35,000 till now. The sales of our other industry-leading products like Seltos and Carnival are also encouraging."

Shim further added that Kia has managed to bring back production capacity to pre-Covid levels. "With a competitive product line-up, Kia Motors is confident of meeting rising demand from customers, with the festive season around the corner," he said.