The upcoming Kia Seltos Anniversary Edition will be based on the HTX trim of the SUV and will feature a number of cosmetic tweaks on the outside.
By : Prashant Singh
| Updated on: 15 Oct 2020, 13:24 PM 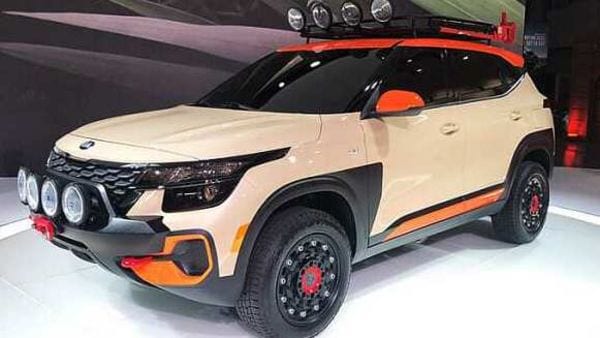 In order to commemorate one successful year of the Seltos SUV in India, Kia is planning to launch an 'Anniversary Edition' of the SUV soon, dealer sources have informed HT Auto. The launch of the new special edition model could take place anytime around this festive season.

The new special edition Seltos will be based on the 'HTX trim' and will feature a number of cosmetic tweaks on the outside to differentiate it from the regular model. As far as pricing goes, expect it to cost around ₹30,000 more than the donor trim.

The 'Anniversary Edition' is going to look apart thanks to the different styling treatment in the form of tweaked bumpers, black-dipped alloy wheels and new side skirts. The use of new bumpers will also help it to stand slightly longer, albeit, exact dimensions isn't known at the moment. Also, it will be kitted up with ‘1st Anniversary Edition’ badge on its tail gate. In addition to the current colour options, the new special edition model will be launched with two exclusive dual-tone paint options – Gravity Grey/Aurora Black Pearl, and Steel Silver/Aurora Black Pearl.

Being based on the Seltos HTX trim, the 'Anniversary Edition' model will feature the same set of features which include LED headlights and tail-lights, keyless entry, sunroof, ‘Ice cube’ LED fog lights, electrically adjustable ORVMs with in-built turn indicators, and more.

Mechanically, the updates will be none and it will feature the same set of engine options found with the regular 'HTX variant'.