The updated Seltos now gets Emergency Stop Signal and Smart-Key Remote Engine Start as standard across all variants.Some of the lower variants now also come with sunroof.Kia is likely to have updated the Seltos due to launch of 2020 Creta and new Kicks from Nissan earlier this year.
By : Shubhodeep Chakravarty
| Updated on: 03 Jun 2020, 02:30 PM 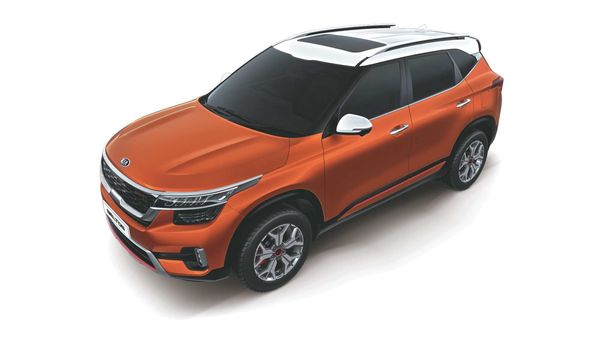 Kia Seltos has been raved about as much for its stylish looks as it has for its feature-packed cabin. The Korean car maker however has further strengthened the SUV by introducing a refreshed model in the country which now also has 10 additional features. The updated model may well be the answer from Kia against 2020 Hyundai Creta and new Nissan Kicks launched earlier this year.

Seltos was Kia's debut model in India when the company entered the market in 2019. The vehicle mounted a massive challenge to its sibling Hyundai Creta and other rivals in its segment. Single-handedly, the vehicle managed to propel the company into a position of strength. On Monday, Kia announced the launch of a refreshed Seltos which now gets a number of additional features and upgrades.

The new Seltos now gets Emergency Stop Signal and Smart-Key Remote Engine Start as standard across all variants. Lower variants now also come with sunroof and another seven features that were so far only available in higher variants. ESS automatically switches on rear emergency lights when brakes are suddenly applied at speeds of over 55 kmph.

There is an additional orange-white dual tone colour option now on offer while the refreshed SUV also comes with a Fully Automatic Temperature Control (FATC) panel on the inside that gets a silver highlight.

Based on market research and customer preference however, two variants - Smartstream Petrol 1.4T-GDI GTK and GTX 7DCT - have been discontinued.

Similar to the previous version of the Seltos, the refreshed version will continue to be available in two distinct design lines: Tech Line aimed at family-oriented customers and GT Line aimed at enthusiasts who are young at heart.

Kookhyun Shim, MD and CEO at Kia Motors India is confident that the refreshed Seltos will continue to enjoy a position of strength. "The Seltos marked the arrival of the Kia brand in India. It laid a strong foundation for Kia in the country and as a vehicle; it has been a true game-changer in the Indian automobile industry," he said. "The refreshed Seltos is the result of a deep understanding of the Indian automotive market, and our customers’ desires and requirements, and we are confident it will continue to win hearts for Kia in India." 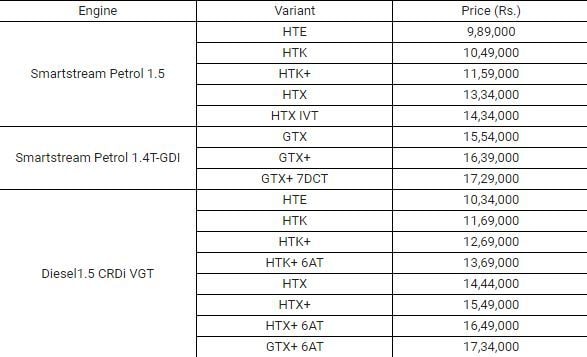