Home Auto Cars News It's Greek. It's Called Chaos. It Has 3,000 Hp. Bookings To Open For ‘ultracar’

Greek startup SP Automotive plans to roll out anywhere between 15 and 20 handmade units and that the first round of deliveries could take place as early as in early 2022.
By : HT Auto Desk
| Updated on: 12 Oct 2021, 11:27 AM 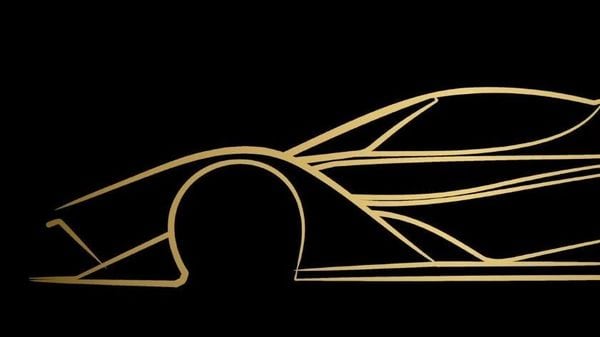 Greek startup SP Automotive may not be widely known across the world but the company plans to do something about it and is reportedly gearing up to open bookings for what it touts as the ‘planet’s first ultracar'. With ginormous 3,000 hp on offer, it is perhaps aptly named Chaos and yes, it will be more expensive than even the highest figure one can guess.

According to Carscoops, SP Automotive is all set for the official debut of Chaos on November 1 and is gearing up to open bookings as well. Founder Spyros Panopoulos is confident that because the ultra capable car would be like no other, the response to it would also be like no car has ever received. His company plans to roll out anywhere between 15 and 20 handmade units and that the first round of deliveries could take place as early as in early 2022.

Panopoulos also confirms in the report that Chaos would be road legal and that pricing would start around $6.4 million for the version which has 2,000 hp on offer - yes, that's the base! And the top-of-the-line variant offering 3,000 hp would be priced at around $14.4 million. These prices would make the Chaos even more expensive than some of the Rimac and Bugatti models available to those who can afford such vehicles and want extremely capable vehicles.

But there may well be good reason for the asking price. SP Automotive has confirmed that Chaos will have a twin-turbo 4.0-liter V10 engine at its core. The mid-mounted engine will be available in two versions and that transmission responsibilities will be taken care of by an eight-speed DCT unit.