Kia getting ready for Seltos Gravity edition in India. Here's a clue 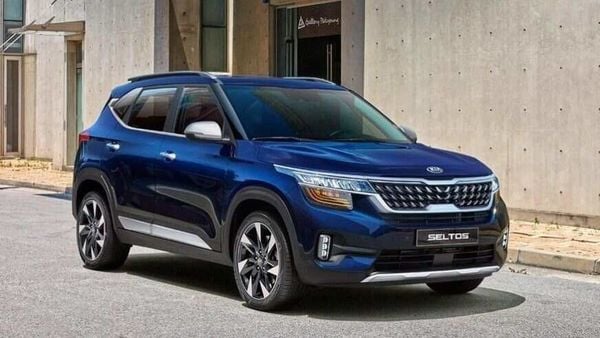 The 2021 Kia Seltos Gravity SUV has been introduced in Korea as the top-end trim.

Kia India seems to be ready to bring the Seltos Gravity edition to the domestic market. The South Korean auto major has teased an image of an apple with a caption saying "The one who asked why?" Clearly, this can be taken as a hint to the Issac Newton and the Apple affair that resulted in the invention of the theory of gravity.

Speaking about the Kia Seltos Gravity edition, the special edition SUV has been already introduced to the South Korean market. Based on the Kia Seltos, the Gravity edition gets a new studded front grille, distinctive 18-inch alloy wheels, and a bigger skid plate as well. Also, expect the car to get some special colour option and Kia's new brand logo as well.

Upon launch, the Kia Seltos Gravity edition will compete with rivals like upmarket compact SUVs like Skoda Kushaq and VW Taigun.

Kia India has not announced anything officially yet about the Seltos Gravity edition launch. However, it could bring the car here sometime in May or June. With the success the brand has tasted in India with Seltos SUV, the Gravity edition launch seems justified. It will give the SUV a refreshing touch for sure to increase the appeal further.

Kia Seltos was the first car the brand introduced to the Indian market and it paved the way for the brand to launch Sonet. Kia Seltos sold 8,305 and 9,869 units in January and February this year respectively. Currently, the SUV has a 30.34% market share in the compact SUV and crossover segment, with an average sales of 8,886 units in the last six months.