Combining British spirit with German precision, the Grenadier promises to be a formidable 4x4 built from the ground up.
By : Sabyasachi Dasgupta
| Updated on: 02 Jul 2020, 04:41 PM 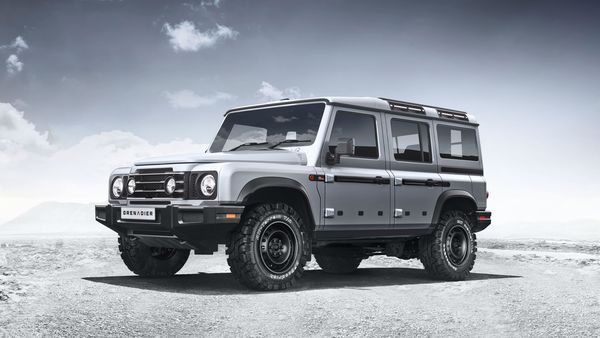 British carmaker Ineos Automotive has unveiled its upcoming Grenadier 4X4 SUV. The company has revealed the design of the off-roader, which shares more than a reasonable resemblance to the Land Rover Defender.

From the outside the Grenadier looks like a traditional SUV. It will incorporate modern standards in terms of comfort and safety inside. "We wanted it to be a modern 4x4 with high capacities and above all very functional", points out Toby Ecuyer, head of design, who adds that they wanted "a simple design , nothing superfluous, with which we have managed to preserve the essence of functional vehicles that resist the passage of time."

In a statement issued by the carmaker, Ineos Automotive said that the prototypes of the vehicle, designed as a rugged go-anywhere SUV, will cover nearly 2 million miles over the next year of testing.

Built from the ground up on an all-new platform, the Ineos Grenadier has been designed on purpose to meet the demands for a rugged, capable and comfortable go-anywhere working vehicle.

Dirk Heilmann, CEO of Ineos Automotive, said, "Showing the design now allows us to focus on the critical next phase of the vehicle’s development, testing its capability and durability. We have a very challenging programme ahead, as we put prototypes through their paces in all conditions, on the way to accumulating some 1.8 million test kilometres over the coming year. From today the covers are off. Testing ‘in plain sight’ without the need for camouflage wrapping, foam blocks or fake panels is an added benefit."

The company hopes that the Grenadier SUV will fill in the gap left by the classic Land Rover Defender, which went out of production due to after stricter emission standards and was replaced by a new avatar.

The carmaker has not revealed any detail about the type of engine they will use. However, according to reports, the Grenadier SUV will have a BMW inline six-cylinder block under its hood.

The company also claims the SUV will have a load capacity of one ton and a towing capacity of 3.5 tons. It also has bars to ensure a load on the roof without the need to install a roof rack and the rear has a box accessible from the outside to leave dirty objects.

Production will begin at the end of 2021 at the factory built in Bridgend (Wales) and the first deliveries will be made in the United Kingdom and then jump to Europe, Africa, America, the Middle East, Asia and Australia through a distribution network that is is under development.