The Hyundai Casper will be launched first in Korea, followed by the Indian market.The new Casper will sit below the existing Venue subcompact SUV as Hyundai's smallest SUV.
By : HT Auto Desk
| Updated on: 17 Jul 2021, 03:09 PM 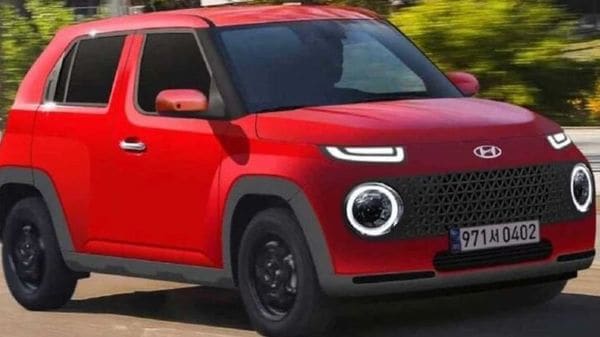 Hyundai Casper is expected to be launched in India in 2022.

Hyundai Motor Company is gearing up to introduce the new AX1 micro-SUV later this year. As per the international media reports, the company has now trademarked the name 'Casper' for its upcoming car which will go on sale in South Korea followed by other markets including India.

For India, the car might be launched with a different nameplate, details of which will be revealed in the later stage. As far as positioning goes, the Casper will sit below the existing Venue subcompact SUV as Hyundai's smallest SUV. It will be underpinned by Hyundai's K1 compact car platform that is also found in the cars such as the Grand i10Nios and the Santro.

Reports also suggest that the trial production of the new Casper have already commenced, while the full production is slated to begin in September 2021. There is also an electrified version of the car in the lineup that is slated to see the light of the day sometime in 2023/2024. It is likely to feature BorgWarner integrated drive module (iDM) with an electric motor, a gearbox and power electronic in a modular unit.