The new Haval H6 boasts of at least three world's-first features.The company claims the SUV is on its way to achieve level 3 autonomous driving.
By : HT Auto Desk
| Updated on: 02 Sep 2020, 12:41 PM 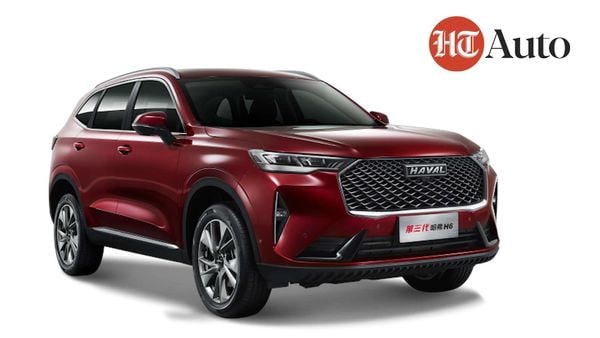 China’s Great Wall Motors has launched its global strategic model under its SUV specialist brand Haval, the third generation Haval H6. It is one of the most popular offering from the Chinese carmaker which has so far sold over 3 million H6 SUVs globally across more than 60 countries over 5 consecutive years. The SUV was unveiled on August 30.

The look of the third generation H6 SUV adopts the ‘Oriental Futurism’ design concept. The concept is based on “Built by the world and for the world" philosophy and show its uniqueness and originality, it is not about overtly aggressiveness but more about sophisticated elegance, not about abuse of Golden Ratio everywhere but more simple and exquisite curves and lines, not about sci-fi like interior but more futuristic simplicity to eradicate unnecessary elements.