In a pool of car features what's necessary, what's not? Here's a quick look

While some of the features offered in modern cars are really useful, some are not but just increase the premium quotient.
By : HT Auto Desk
| Updated on: 06 Mar 2022, 02:51 PM 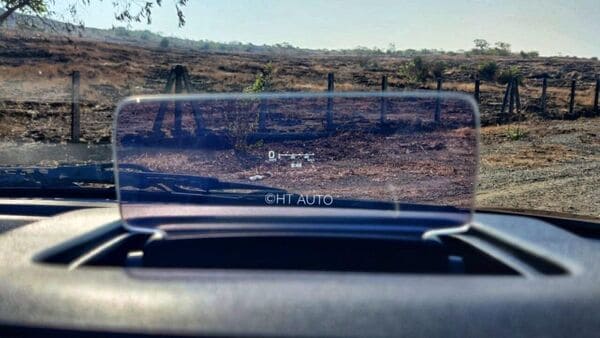 The pop-up HUD unit looks smart but it is not a necessary feature as the information shown here can be checked on mobile device and instrument cluster as well.

Modern cars come loaded with a host of features. While some features come as creature comfort ones, some come enhancing the safety quotient of the vehicle. Pricing of the car varies across different variants depending on the availability of the features and technologies available in the model. But have you ever thought if these features are really necessary or not?

Well, while some of the features offered in modern cars are really useful, some are not but just increase the premium quotient. Here are what is necessary and what is not for the vehicle buyers.

Features not so necessary

Cooled glovebox: Cooled glovebox is often projected as a premium feature but how chilled can such a glovebox make your drink? The temperature inside the cooled glovebox and the cabin of the care really doesn't differ too much. Also, think about the storage space offered by a glovebox. It can only stock up to two three coke cans.

LED lights: LED lights have become a new sensation and almost a norm for the auto industry. Even the mass-segment models too now come with LED headlamps. Blame it on the obsession with the blinding white lights tha6t are replacing the conventional halogen lamps.

Power adjustable seats: Even though the power-adjustable seats are being advertised by the automakers as an almost common feature in more or less all modern cars, this is a feature that is not always used by the drivers. Also, in case the car is chauffeur-driven, the feature becomes an irrelevant one for the owner.

Heads-up display: Heads-up display is another feature that is advertised by the automaker as a premium one. However, the information shown by a heads-up display can be easily checked on the mobile device and in the instrument cluster as well. There is no point in paying a hefty premium for this technology that is not necessary.

Features that are necessary