Tata Altroz XM+ seeks to offer more premium features at a more affordable price point to better take on rivals in the premium hatchback segment.Altroz, launched early 2020, has fared well in the Indian market owing to its looks, price point and safety rating, among other factors.
By : HT Auto Desk
| Updated on: 07 Nov 2020, 10:33 AM 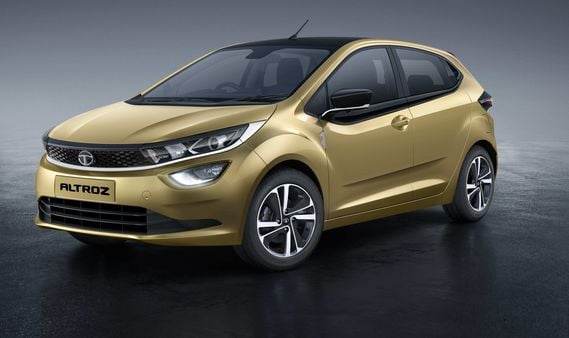 Tata Altroz competes in the premium hatchback segment in the Indian market.

Tata Motors on Saturday announced the launch of a new Altroz XM+ variant which bring in a seven-inch infotainment screen at a more affordable price point of ₹6.6 lakh (ex showroom). With the promise of more features on the inside of this new variant, Altroz may be gearing up to pack a punch against the just-launched Hyundai i20 2020 which is loaded to the brim with several highlights but is also priced relatively higher than the Tata car.

Altroz XM+ variant has been launche din the petrol version only and its seven-inch screen gets support for Apple CarPlay and Android Auto. Steering-mounted controls promise to further help the convenience aspect in the car for the driver while the other highlights include R16 wheels with stylized wheel cover, remote foldable key and voice-command recognition.

Altroz was launched with a lot of fanfare earlier in 2020 and has fared reasonably well in the premium hatchback segment - quickly climbing the sales chart and becoming one of the key products on offer from the Indian car maker.

Developed on the ALFA architecture of the company, Tata Altroz also managed to get a 5-star GNCAP adult safety rating which further bolstered its prospects.

Tata Motors is now looking at continuing to project Altroz as not just a premium offering but one that is at a lucrative price point too. "With the Altroz, we have not only raised the bar in the premium hatchback segment, but also created a new benchmark for safety in the industry," said Vivek Srivatsa, Head Marketing, Passenger Vehicle Business Unit at Tata Motors. "We are confident that the introduction of the XM+ variant will further strengthen the appeal of the Altrozby giving customers an option to experience a variety of premium features at an extremely attractive price."