Hyundai Santa Cruz could challenge the might of American pickup trucks

Reports suggest that the Santa Cruz may be powered by Santa Fe's 2.4-litre and turbocharged 2.0-liter engine options.The vehicle could be directed more towards a younger audience, especially those inclined towards outdoor and adventure sports.
By : HT Auto Desk
| Updated on: 07 May 2020, 03:38 PM 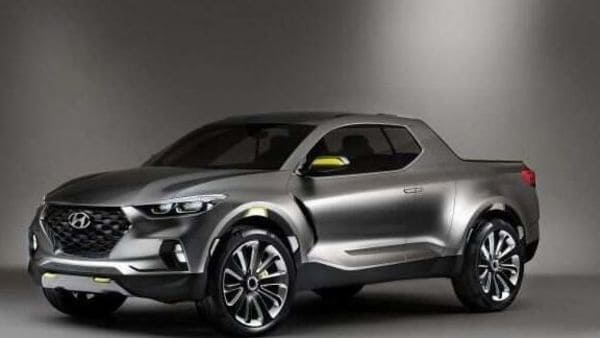 A concept version of Santa Cruz was showcased back in 2015. (Photo: Twitter/@Hyundai)

Hyundai appears determined to bring down the dominance of American manufacturers like Ford and Chevrolet in the pickup segment when it launches the Santa Cruz in the US market. While the expected launch date sometime in 2021 is still quite some time away, the pickup has been creating quite a buzz in recent months due to its emphasis on style rather than brute bulk.

The unibody truck is quite a stunner to look at, at least from the design images shared by Hyundai. And while the pickup in the photos released may not be absolutely identical to the production version, the Santa Cruz clearly aims to have a distinct visual flavour when put up against the likes of Ford's Ranger and Chevrolet's Colorado.

Reports suggest that the Santa Cruz may be powered by Santa Fe's 2.4-litre and turbocharged 2.0-liter engine options. Transmission duties could be handled by an eight-speed automatic gearbox while it could also offer all-wheel drive. The vehicle could be directed more towards a younger audience, especially those inclined towards outdoor and adventure sports and while a concept version showcased in 2015 had two doors, the production model could be a four-door version that can seat four to five passengers. Interestingly, the Koreans may only offer it in petrol.

To be manufactured at Hyundai's facility in Alabama's Montgomery, the Santa Cruz is expected to be built on the same platform as Santa Fe. Back in November of 2019, Hyundai had said that the Montgomery plant is being expanded in what is a $410 million project and that around 1,200 new jobs could be created.