Hyundai Tucson 2021 takes massive steps to set itself apart from any of its preceding models.Tucson looks extremely sporty from the outside and brings a whole lot of changes in the cabin as well.
By : HT Auto Desk
| Updated on: 15 Sep 2020, 01:35 PM 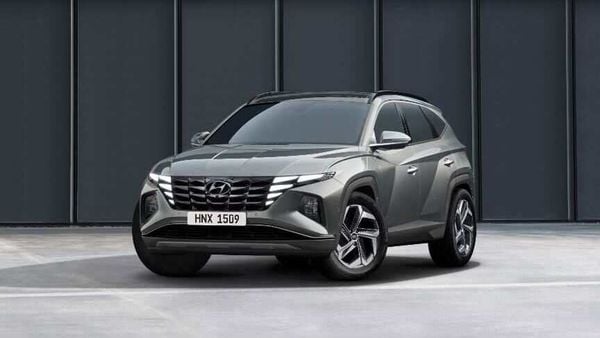 Hyundai will launch the new Tucson in South Korea in 2021 and in other markets in the world by 2022.

Hyundai has taken the covers off of 2021 Tucson, revealing significant changes to the exterior design language that sets it almost entirely apart from any of its preceding models. The fourth-generation Tucson was launched by Hyundai in its home market of South Korea and will be available in long-wheelbase as well as short-wheelbase variants.

The new Tucson takes a completely different road than any taken by its predecessors. Hyundai designers term the design language on the SUV as 'parametric dynamics' which is defined primarily by kinetic jewel surface details which seek to give it a unique identity in a crowded SUV space. The large front grille have the sharp headlights integrated into it and while LED lights are not revealed in any of the accompanying images released by the car maker, these are expected to further accentuate the stylish front profile of the vehicle. The large fog lamps too have a sense of determined purpose here. 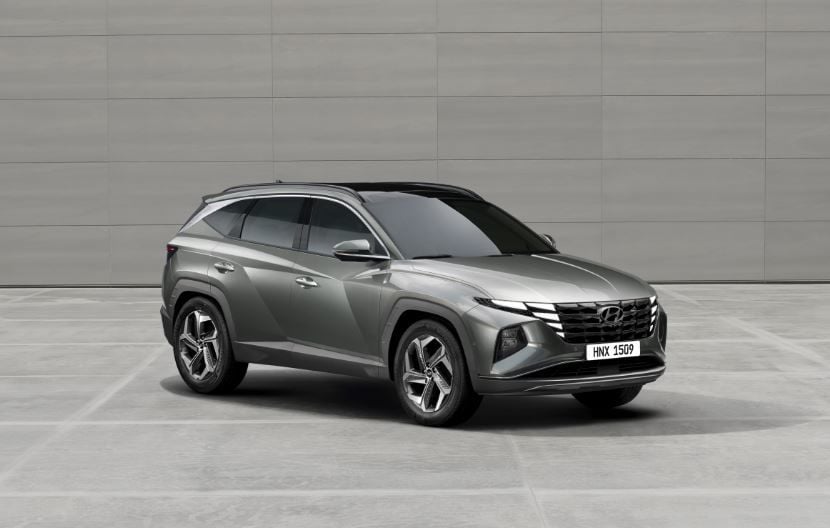 Notice how the headlights blend into the large front grille on the 2021 Hyundai Tucson.

From the side, the new Tucson gets rid of sharp and straight body lines for lines which seek to draw triangular shapes in what appears artistically abstract. The wheel arches are rather angular while the swept-back roofline is done in contrasting hues of black. 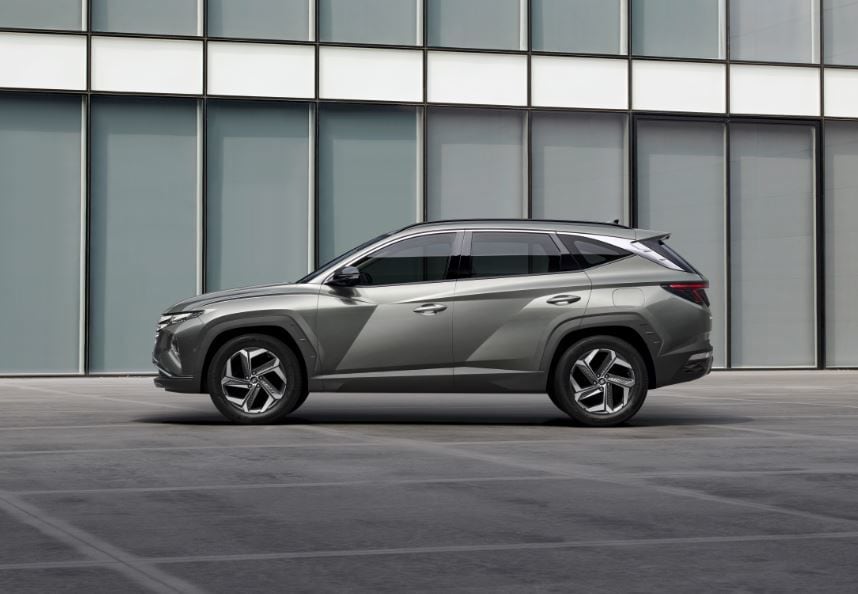 Gone are the sharp and straight body lines and in come an interplay of angular lines that appear to be artistically abstract.

The new Tucson's rear profile is perhaps the smartest with blade-like light strip connecting the brake lights on either side. The brake lights themselves are claw-like which seek to give the car an aggressive back appeal. The lower rear bumper has a diamond texture while the wiper gets covered from view under the rear spoiler. The rear profile of 2021 Tucson is highlighted by the triple light system.

2021 Tucson has an extremely distinct and strong visual presence from the outside and the only reason it may take some getting used to is perhaps because of the mammoth changes it embraces. And the changes are not just on the outside.

Step inside the new Tucson and be greeted with a cabin that puts a clear emphasis on being contemporary even if that emphasis is not too jarring. Hyundai says the idea has been to offer a sense of connected and comfortable drive in a cabin that is open and simplistic. The broad ridge of the dashboard blends consistently with the doors, wrapping around front occupants. The vertically oriented, fully integrated center fascia descends to the console while the ambient mood light feature allows one to adjust the 64 colours for 10 brightness levels. 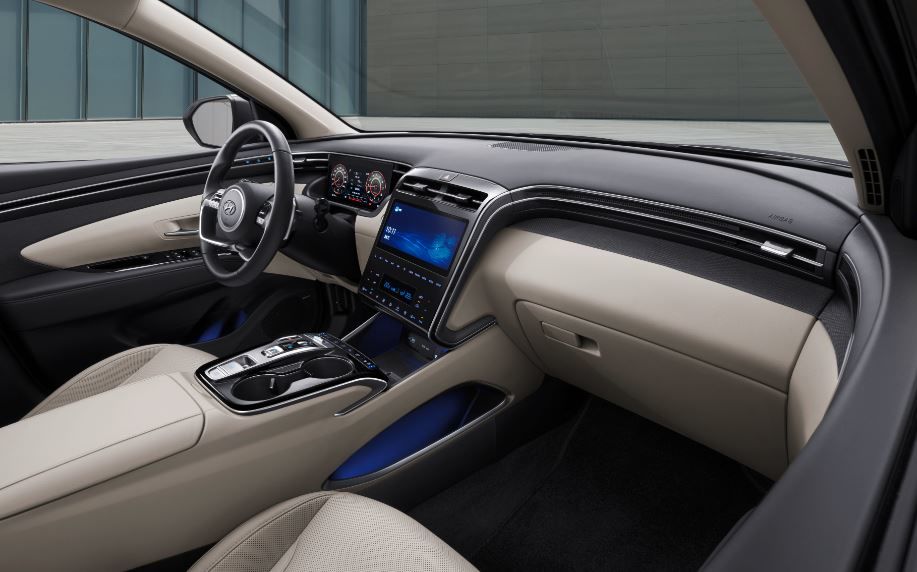 Hyundai Tucson 2021 has a cabin which emphasizes on a clean yet connected cabin.

Under the hood, the new Tucson will make use of a 2.5-litre petrol and a 1.6-litre turbo hybrid engine. These are mated to an eight-speed automatic transmission unit.

The new Tucson continues to make use of Hyundai's HTRAC all-wheel-drive system which supports Eco / Comfort / Smart / Sport driving modes but now also get additional support for Mud, Sand and Snow. The additional drive modes, however, are for the car in select markets only.

Overall, Hyundai has gone the extra mile - and then some more - to radically update the latest Tucson in a bid to further stamp its dominance in the mass-market SUV field of play. The car appears to not just take on its rivals but also attempts to stand apart from its own predecessors.