Home Auto Cars News Gravitas Suv: What The Name Means And What It Means For Tata Motors

Gravitas SUV: What the name means and what it means for Tata Motors

Gravitas promises to up the luxury and performance quotient of seven-seater SUVs currently available in India.
By : HT Auto Desk
| Updated on: 27 Nov 2019, 11:48 AM 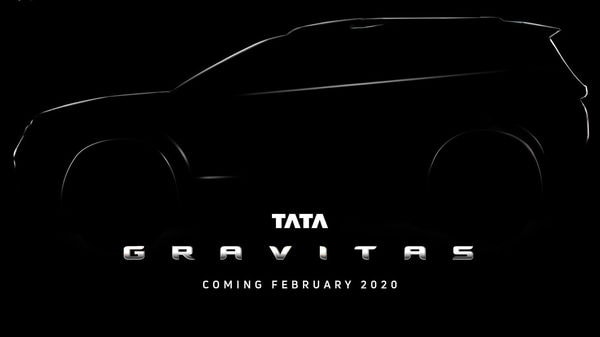 Gravitas is the name that Tata Motors has chosen for its upcoming - and eagerly anticipated - SUV which will be launched in India in February of 2020. Gravitas is based on the same platform as the Harrier but will be a seven-seat version offering a solid drive and passenger comfort.

Soon after the name Gravitas was announced on Tuesday evening, many began wondering what the word even means. After all, Tata Motors had first showcased the car at the Geneva Motor Show with Buzzard as its name. Buzzard is otherwise a bird of prey that is known for its keen sense of sight and smell. Having the same name for an SUV hinted that Tata Motors' latest large offering could have an aggressive styling. The company, however, had already clarified that Buzzard is the global name of the SUV and that a new name would be given to the car in India.

In drives the Gravitas.

The word gravitas in itself refers to seriousness and importance of manner, according to the Cambridge Dictionary. Taking the word in the context of vehicles means that the Gravitas from Tata Motors is looking to project itself as a classy offering with the company claiming that it will change the game in terms of luxury and performance.

The Gravitas is the second car, after Harrier, to have been built on the OMEGA (Optimal Modular Efficient Global Advanced) architecture which has been developed jointly with Jaguar Land Rover.

Betting big on the Gravitas would probably be the right bet for Tata Motors going forward. The large SUV is likely to possess all capabilities of the much-capable Harrier SUV, and then some more. With a 2.0-litre BS 6-compliant diesel engine at its heart, the Gravitas may be positioned to take on a whole range of cars from Innova Crysta and Jeep Compass to even the Endeavour from Ford and the Fortuner from Toyota.

The numbers may well be where Tata Motors would soon turn attention towards. In the month of October, the best-selling Tata Motors' passenger vehicle - Tiago - was the 17th best-selling vehicle overall. And while Tiago's 5,460 units in the month was a commendable 77.97% month-on-month jump, the company may benefit from a more consistent rise. Tata Motors, in terms of PV sales volumes, was the fourth best manufacturer in the said month which hints that there is enormous potential on the horizon.