Taiwan-based Foxconn is the world's largest assembler of iPhones and is quite well known in the global consumer electronics space. But its foray into the world of electric vehicles is being seen as a clear expansionist move.
By : HT Auto Desk
| Updated on: 18 Oct 2021, 10:13 AM 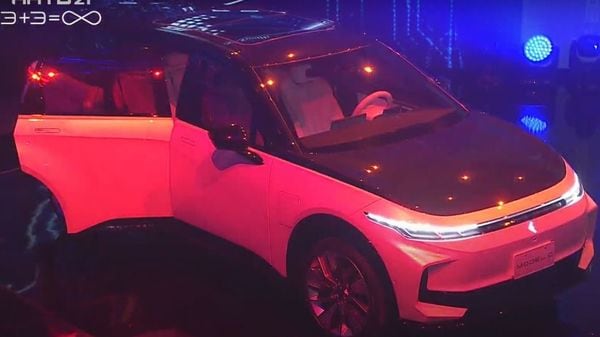 A look at the exterior profile of the Model C electric vehicle unveiled by Foxconn.

Electric vehicles are not just the sole domain areas for traditional auto companies and have brought in a number of newer players into the battle field, all vying for attention of the end customer. And while there are start ups galore across the world that have mounted a challenge to auto brands that are often decades old, some of the most formidable players in the electronics space are also making inroads. The latest is Foxconn Technology Group which unveiled its range of electric vehicles on Monday.

(Also read - Back to square one: Apple might develop its autonomous vehicle alone)

Taiwan-based Foxconn is the world's largest assembler of iPhones and is quite well known in the global consumer electronics space. But its foray into the world of electric vehicles is being seen as a clear expansionist move. The company took covers off of an SUV and a sedan model recently but also clarified that it plans to build for automotive customers rather than selling to customers under its own brand. “We are no longer the new kid in town," said Young Liu, Chairman of Foxconn’s flagship unit Hon Hai Precision Industry Co. “We have gradually built an EV supply chain and showcased our EV hardware."

The move into EVs could be very significant because Foxconn could now possibly become a serious bigger for Apple Inc.’s secretive automotive project. While the project has been closely guarded, it is no secret that Apple has been eying the mobility space for some time now. The Apple car, often dubbed as iCar, could well be the crowning jewel for EV manufacturers and it is speculated that because of good relations with Apple, Foxconn could have an advantage.

Closer home, however, Yulon Motor Co. will be the first electric-car customer for Foxconn. Company officials confirmed this at the event on Monday. But while Foxconn had already showcased its EV platform last year, it is yet to start sales of any electric vehicles yet. Once it does, it will have the arduous task of taking on some of the biggest players across the world like Tesla, Volkswagen and Hyundai.