The current calendar is scheduled to end at London's ExCeL Exhibition Centre on July 25-26 with cars racing through the building on a circuit that also takes in the Royal Docks waterfront.
By : Reuters
| Updated on: 14 Apr 2020, 08:20 PM 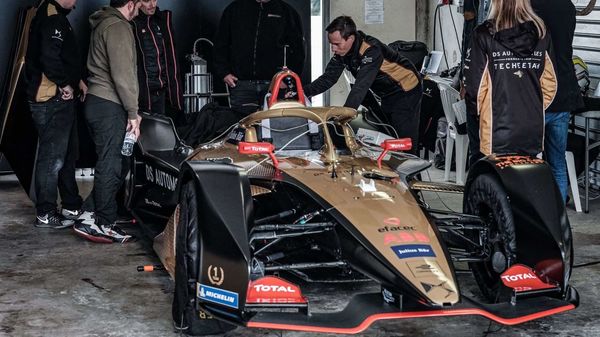 The all-electric Formula E series could run races without spectators and away from city centres to finish a season put on hold by the novel coronavirus pandemic which has led to two of its top venues being turned into temporary hospitals.

The current calendar is scheduled to end at London's ExCeL Exhibition Centre on July 25-26 with cars racing through the building on a circuit that also takes in the Royal Docks waterfront.

The facility has been converted into the Nightingale Hospital, which will eventually be able to treat about 4,000 COVID-19 patients.

(Also Read: 'One lap too many': Last words from motorsport 'icon and legend' Stirling Moss)

The round in New York on July 11 uses the Brooklyn Cruise Terminal site that is being transformed into a temporary hospital. New York has been the epicentre of the coronavirus outbreak in the United States.

"Clearly I can’t look you in the eye and say we’re going to race (on those dates in London and New York) given that pattern," Reigle said in an interview.

"Could we race later in the year? We’re looking at all options right now," he added.

"In simple terms if you work backwards from next season, which starts in the middle of December, we’re trying to shrink that off-season period as much as we can to create space in the calendar to race in August and September."

Reigle said the sport's teams, manufacturers and partners were supportive.

He added that there was a regular dialogue with ExCeL's owners over dates but other options were under discussion for a city-based series that runs on temporary street layouts to promote electric vehicles and cleaner energy.

"We find ourselves of course in a very different moment and I think everyone is in improvise mode so we need to look at all alternatives," said Reigle, speaking from Singapore.

"We’ll look at behind closed doors, we’ll look at tracks, we’ll look at venues that otherwise wouldn’t be a natural Formula E venue. That doesn’t signal a change in the overall strategy, it’s just a reflection of the current circumstances."

Reigle hoped next season would start as planned and saw two main ways of getting this one done.

"One is some races in Europe and in Asia in July and August and September, which are more typical Formula E races in cities, and then there’s the behind closed doors at tracks and in remote locations," he said.

"I’ll be very disappointed if we don’t start our next season in December. But I suspect if that’s the case we’ll be dealing with much bigger issues than racing calendars."

Reigle remained optimistic about Formula E's future, despite the shock to the global economy.

"I fundamentally believe that Formula E’s proposition is sound for the medium term. There’s a trend toward electric vehicles, consumers want them, there’s regulatory pressure for auto manufacturers to shift towards electric vehicles," he said.

"With people stopping moving around, the pollution levels have come right down... it’s really demonstrated that human activity has a direct impact on the climate and not just in the long term but the very short term.

"We think that lends credibility to our story. So the business model for Formula E is sound. There’s no doubt we face headwinds though. I don’t want to sugar coat that in any way."

Formula E has already postponed the introduction of its new Gen2 car for a year as part of cost-saving measures.

It announced on Tuesday a partnership with the U.N. children's fund UNICEF to support a global coronavirus appeal.