Ford Motor India stopped production of its vehicles in India, which also includes its Endeavour SUV, from September. Toyota’s Fortuner SUV, Endeavour’s key rival in the large SUV segment, emerged as the best-seller.
By : HT Auto Desk
| Written By : Sabyasachi Dasgupta
| Updated on: 12 Oct 2021, 09:55 AM 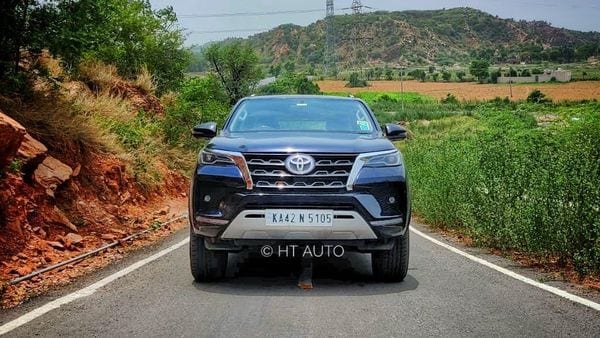 Toyota has sold over 1.70 lakh units of Fortuner since the SUV was first launched in India in 2009.

Ford Motor loss seems to be Toyota Motor’s gain in India as far as the large SUV segment is concerned. Both carmaker’s were locked in a battle between the Fortuner and Endeavour SUVs for quite some time, before Ford decided to shut its India shop a few weeks ago.

In September, Toyota Fortuner emerged as the leader in the large SUV segment, with a sales record of 1,869 units. It is a massive rise of nearly 80 per cent compared to the same period last year when Toyota sold only 1,045 units of the Fortuner SUV.

To put things in perspective, Ford had sold 694 units of Endeavour SUV back in September last year, much less than what Toyota sold in the segment. Needless to say, Ford Endeavour drew a blank last month as the carmaker stopped production at its India facilities after facing massive loss.

Without the Endeavour-Fortuner rivalry, the large SUV segment is now an uneven battle with the balance heavily tilted towards the Japanese carmaker. The other SUVs competing in the segment are MG Gloster, Hyundai Tucson and Mahindra Alturas.

In September this year, MG Motor sold only 292 units of Gloster SUV, which emerged as the second best-seller. MG had launched the Gloster SUV back in September last year, just ahead of the festive season.

Hyundai Tucson, which received a facelift in 2020, saw a rise in sales last month. Hyundai sold 139 units of Tucson SUV last month, compared to 85 units in the same month last year, up by around 63 per cent.

Mahindra Alturas SUV seems to be the least favoured choice in the segment, despite the carmaker’s fame in producing SUVs. Mahindra sold only 51 units of Alturas in September this year, down from 73 units last year, with a decline of about 30 per cent in year-on-year sales.