Ferrari Purosangue will be unveiled to the world in September and will be manufactured in super exclusive numbers only.
By : HT Auto Desk
| Updated on: 25 Jul 2022, 15:43 PM 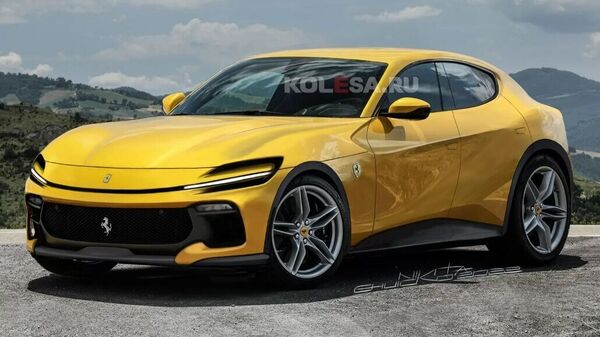 This rendering of Ferrari Purosangue is courtesy Kolesa.

Ferrari Purosangue is the most-awaited Ferrari in years. And rightly so. After all, the Purosangue will be the first-ever SUV from Ferrari in its rich history spanning over 75 years of making some very exclusive and ultra capable sports cars. While purists and many die-hard fans of Ferrari may continue to frown at the decision of going the SUV way, the Italians are putting final finishing touches on the upcoming model that's set for its unveil come September. While official images of Purosangue have been closely guarded, a Russian automotive website has created render images based on spy clicks and teaser images.

Kolesa has attempted to showcase what the Ferrari Purosangue could be like minus all its covers and it is quite evident that instead of being a mammoth and muscular model, the SUV could be almost as sporty as its other siblings are or have been. There could be some very generous borrowings from the Ferrari Roma with the Purosangue having a low-slung profile that is unlike conventional SUVs, yes even those from traditional sports car makers like Lamborghini.

The five-door Purosangue may not be out there to intimidate as much as it would stand as an example of what happens when there is a confluence of SUV and sports car design elements. 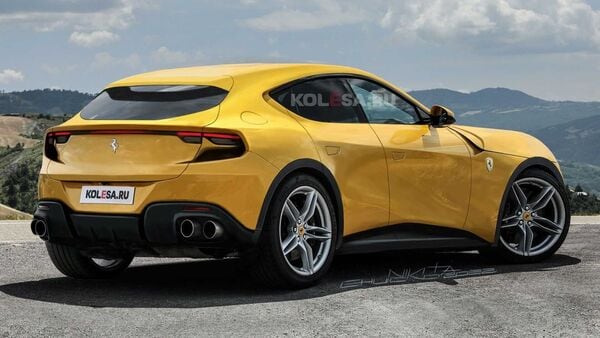 But while it may not look like a boisterous machine, it will have the performance credentials worthy of being called a Ferrari. Reports suggest the Purosangue will be powered by a 12-cylinder engine with lightning quick acceleration. It will also boast of an all-wheel drive and space inside would be good enough for four.

Ferrari has already confirmed that Purosangue would only be manufactured in exclusive numbers which means the brand isn't running for high sales volumes as Lamborghini had - or does still - with its Urus. But with a clear preference for SUV body type among customers across the world, Ferrari also didn't want to be left wanting.