Ferrari issues recall orders for its most powerful supercar. Here's why 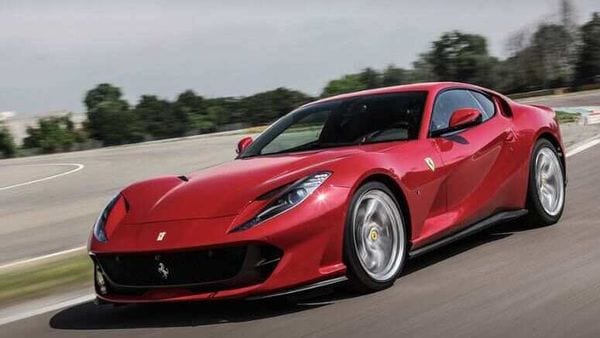 Ferrari has reportedly issued a recall order for around 1,063 units of its 812 Superfast in the United States. These models were made between 2018 and 2020 and are suspected to have a rear window which could come off at relatively high speeds due to the chances these weren't fixed properly.

As the name itself suggests, the 812 Superfast is the most powerful and fastest road-going Ferrari ever built. With a 6.5-litre, V12 engine at its heart and the ability to sprint to 100 kmph in just 2.9 seconds, the 812 Superfast is indeed super fast. At such speeds, or speeds even significantly lower though, one won't want the rear window to come flying off. And yet, that is a possibility which the company is now hoping to address.

It is reported that the glitch with how the rear window was assembled was first reported in March of 2020 in Germany, followed by two more such complaints here. This prompted Ferrari to start investigating these and it was eventually decided that a recall was the only way forward.

US media outlets report that Ferrari will replace the rear window on any affected car and that dealers and owners in the country will begin getting notifications from December onwards.

The Ferrari 812 Superfast has a pedestal of its own in the company's product portfolio and was first introduced to the world at the 2017 Geneva Motor Show. Its aero design, electric power steering and sheer power capabilities made it stand out in the world of super cars. And while Ferrari continues to fend off any need to go electric in current times, the 812 Superfast remains an ode to speed, as long as it can keep its rear window from falling off.