Elon Musk sells over $15 billion worth Tesla stocks, says almost done with it 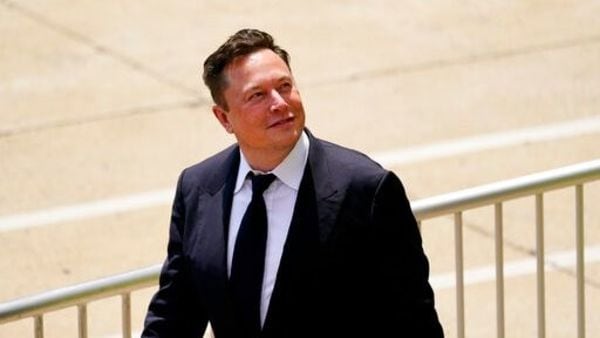 Tesla CEO Elon Musk has sold 10 per cent of his holdings in the EV company.

Tesla CEO Elon Musk on Wednesday has said that he was almost done with his sales spree of Tesla shares, after offloading more than $15 billion worth of shares of the EV company for more than one month.

Since then, Musk offloaded a sizeable chunk of his holdings in the electric car major. This move comes as he is preparing to pay a hefty amount of tax amidst the controversy that rich people should pay more tax in the US.

However, on Wednesday again, he tweeted that he might not be done with stock sales. "This assumes completion of the 10b sale," he tweeted, referring to his prearranged sales plan related to his options. "There are still a few tranches left, but almost done," he tweeted again later.

As Reuters report, under the Rule 10b5-1 trading plan set up in September, Musk has exercised stock options that expire in 2022 and sold a portion of the stocks to pay taxes. However, following a spree of sales, Tesla CEO still has about 1.5 million stock options that will expire in August 2022. Meanwhile, after Musk's tweet about the offloading of Tesla stocks was almost done, the EV company's shares ended 7.5 per cent higher at $1,008.87, valuing the company at just over $1 trillion.