Auto makers, who were initially reluctant to introduce such vehicles in India due to lack of demand, have started rolling out electric vehicle models.
By : Malyaban Ghosh & Utpal Bhaskar
| Updated on: 03 Feb 2020, 09:51 AM 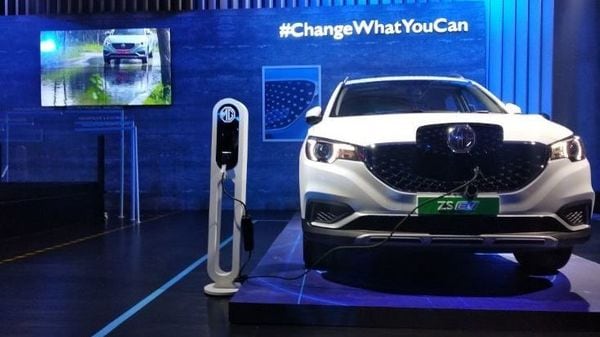 Sales of electric vehicles (EVs) in India have reached 280,000 units till November, according to the Economic Survey 2019-20.

Most of these vehicles sold are, however, three-wheelers that run on lead-acid batteries. The Union government has decided to stop offering subsidies to such vehicles in the second phase of the FAME scheme, unless they are fitted with lithium-ion batteries.

The government is trying to promote the manufacturing and usage of electric vehicles to reduce India’s carbon footprint and crude oil imports. The Faster Adoption and Manufacturing of Hybrid and Electric Vehicles, or FAME 2, scheme—to expand commercial vehicle fleet—was announced with an outlay of ₹10,000 crore in March 2019. Apart from the Union government, Mahahrashtra, Karnataka, Andhra Pradesh and Delhi also framed their respective policy framework to promote electric vehicles in the last two years.

But concerns remain. Absence of proper charging infrastructure and affordable electric vehicles has been major impediments for the adoption of electric mobility in the country. Chinese manufacturers are dumping low-quality battery packs for electric vehicles in India, Mint had reported on 21 August. While the Chinese government has nudged battery makers to move up the value chain by calibrating subsidies, manufacturers of older models are finding few takers there.

The government, on its part, is currently giving final touches to a plan to build Tesla-style giga factories to develop its own domestic battery manufacturing ecosystem. This involves a raft of incentives, such as concessional financing options, friendly tax regimes and a suitable basic customs duty safeguard.

The central government has also offered income-tax rebates to customers of such zero-emission vehicles. In addition, to make ownership of such vehicles more affordable, goods and services tax was reduced to just 5% compared to 28% plus cess applicable to internal combustion engine vehicles.

Auto makers, who were initially reluctant to introduce such vehicles in India due to lack of demand, have started rolling out electric vehicle models.