Can Renault Kwid electric be the cheapest EV in India?

Renault had showcased Kwid EV at Auto Expo 2020.Renault is driving in the electric version of its car under Dacia brand in European market. Here, it will be called Spring.
By : HT Auto Desk
| Updated on: 06 Mar 2020, 02:46 PM 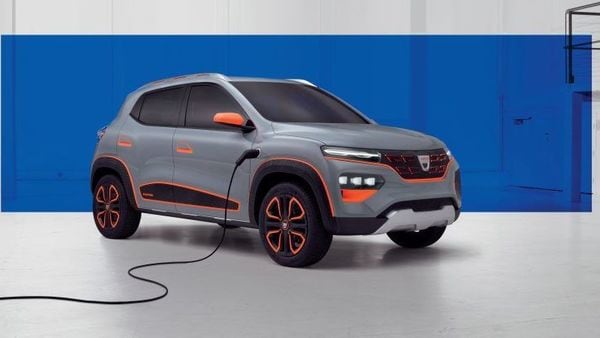 Renault has generated quite a buzz in Europe with K-ZE which will be brought in under the Dacia brand and will be called Spring. It is being pegged as an inexpensive EV option here.

The move towards electric mobility is gaining momentum in India with a number of car makers driving in their offerings to usher in a dramatic change. While electric vehicles (EVs) have largely been deemed to expensive here, more affordable options too are gradually making their way into the Indian market. Renault, in this regard, could have an ace up its sleeve if and when it confirms the launch of Kwid EV.

Renault had displayed Kwid EV at the Auto Expo 2020 in February. The car featured a 26.8kWh lithium-ion battery and the company claimed it has a range of 271 kilometers. The French automaker had further said that the car can be charged from 30% to 80% in around 30 minutes. On paper at least, this makes the Kwid EV a really good prospect for Indian customers. What could be a clincher, however, is its predicted pricing.

While Renault has not elaborated on either a confirmed launch date or a pricing structure, the Kwid EV could be a very affordable EV option in the country, much like it is in European markets. Renault recently brought the car - called K-ZE in global markets - to Europe and it has generated quite a buzz because of its expected price point. Here, Renault has driven in the car under the Dacia brand and it will be called Spring. In China, the car is priced at around $9,000 and a price tag in the same region could well make the car extremely tempting in the European market as well.

India is no different. The speculated launch of Kwid EV here is in 2022. Rivals are already in the final stages of launching their EVs earlier than that. Most recently, Mahindra launched the eKUV at ₹8.25 lakhs. Since the conventional Kwid has a lower price tag than KUV100, its electric version may also see a lower price point.

As for the design changes, the electric Kwid could well retain most of the elements already seen in the facelift Kwid. There could be a very minor alterations like a special bade on the outside and a couple of feature upgrades on the inside.