Large wheels, sloping roofline and glass panel at the front are evident from the teaser image of a concept foam vehicle that is now a hot talking point on social media.
By : HT Auto Desk
| Updated on: 08 Jul 2022, 10:08 AM 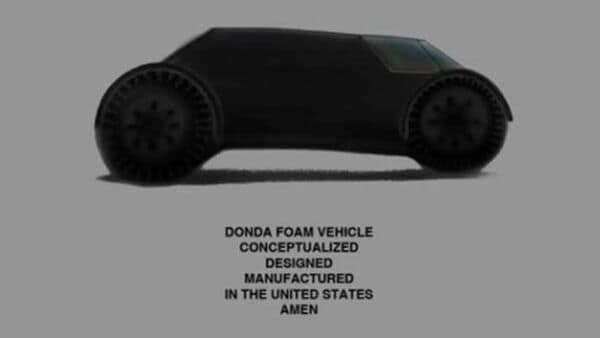 The Donda Foam Concept Vehicle, as the name itself makes it amply clear, is made entirely of foam. It is not clear if the company has indeed worked on a live model or if it is just a work of imagination restricted to this teaser image. But the world of social media is abuzz with the mere thought of a vehicle completely built of foam. With large wheels, minimal wheel arches, glass section at the front and a lunar vehicle-like body design, the Donda Foam Concept Vehicle has become a hot talking point online.

Is it any surprise though that West also recently appointed sneaker designer Steven Smith to lead Donda Industrial Design which could become an active - and only - player in making vehicles made of foam a reality. Smith has been previously associated with brands like New Balance, Adidas, Fila, Nike and Reebok.

At Donda though, Smith would reportedly work on a long line of product development plans which include not just vehicles but even furniture.